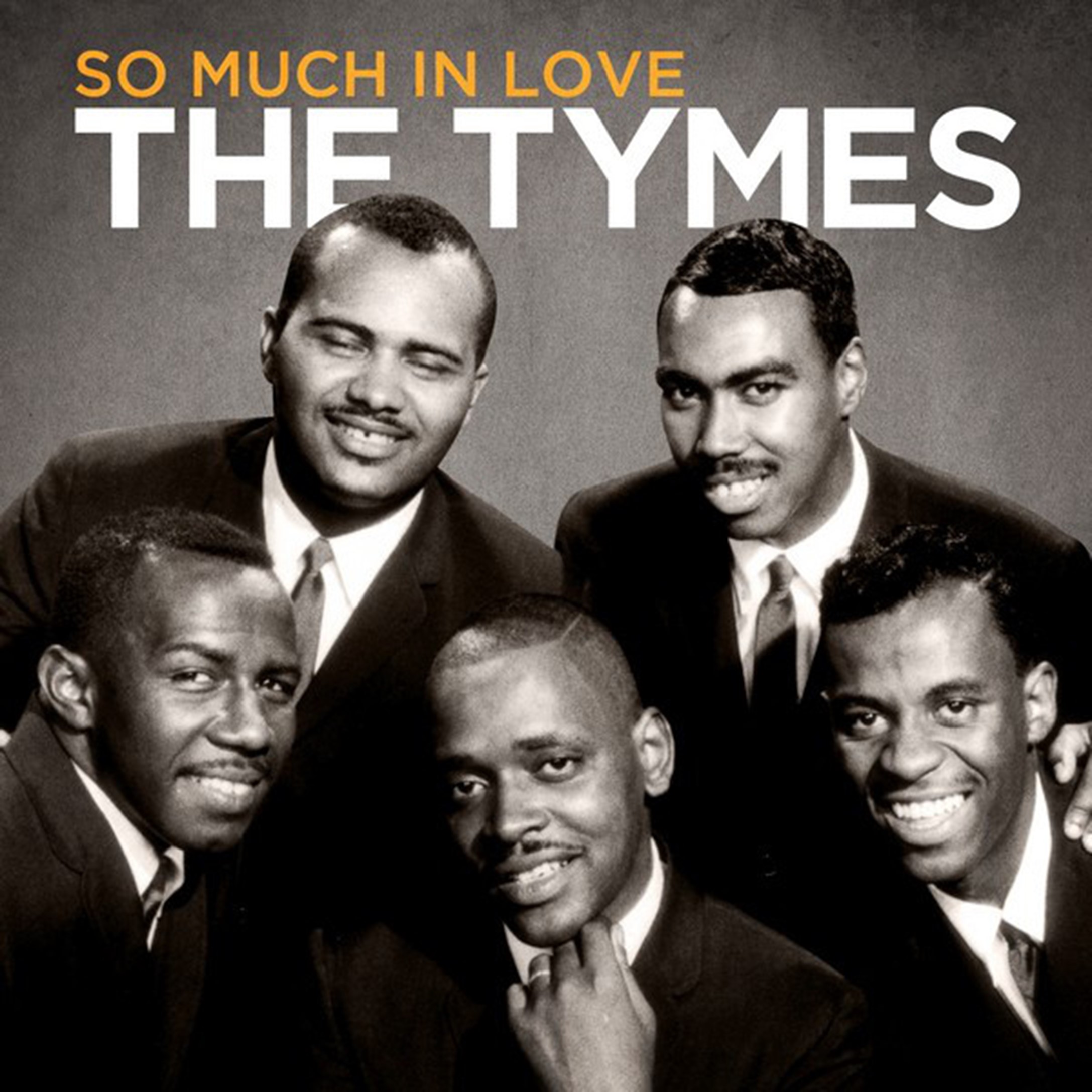 The Tymes were a Philadelphia A cappella group who reached the height of their popularity in the 1960s. They included baritone Norman Burnett, born May 5, 1943, tenor Albert Alexander Berry III born March 17, 1941; bass Donald Banks, born October 29, 1939; tenor George Hilliard born 1941, and tenor George Reginald Williams Jr, born on December 6, 1935. They formed in 1956 as an ensemble called the Latineers as they believed they had a Latin sound. The Latineers started getting a local reputation after appearing on a talent contest hosted by Philadelphia radio station, WDAS called “The Tip Top Talent Hour” later in 1956.

In 1963, the president of Cameo-Parkway Records selected the name “The Tymes” and recorded the A cappella single, “So Much in Love.” The single went to no.1 on the pop charts and remained charted for 15 weeks. It also reached no. 4 on R&B and stayed up for 10 weeks indicating ironically that the group had more success with non-black audiences than with African Americans. It also peaked at no. 21 in the United Kingdom and eventually sold more than a million copies. They followed up with their debut album also called, So Much in Love, which reached no. 16 on Billboard 200 albums. A second album, Somewhere, Followed Quickly and peaked at no. 122 on the album chart. The group was sought after and performed on Dick Clark’s television show, American Bandstand.

In 1964, their single, “Wonderful! Wonderful!” peaked at no.7 on the pop chart. It was included in their third album, The Sound of The Wonderful Tymes, which reached no.117. After going four years without a single or album, the Thymes in 1968 signed with Columbia Records. Their first release with Columbia was the hit, “People,” from the musical, Funny Girl, which peaked at no. 39.

In 2001, “So Much In Love” was elected to the Songs of the Century list and four years later the Tymes were inducted into the Vocal Group Hall of Fame in Sharon, Pennsylvania.

Within two decades, The Tymes released eight albums, and their music continues to be played and performed globally especially the smooth Philadelphia A cappella sound.

“The Story Behind The Tymes, “So Much In Love,” http://www.rebeatmag.com/the-story-behind-the-tymes-so-much-in-love/. “The Tymes, ” https://rateyourmusic.com/artist/the-tymes. “The Tymes,” http://www.soulwalking.co.uk/The%20Tymes.html.