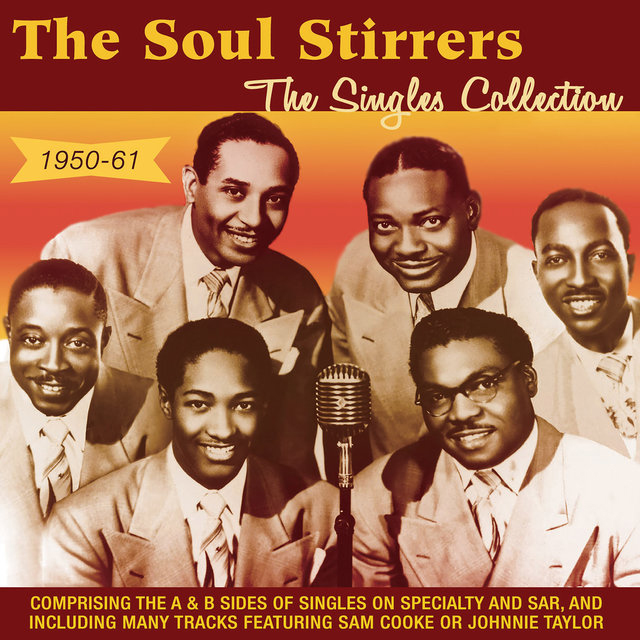 The Soul Stirrers were one of the most popular and influential gospel groups of the 20th century. The group was formed by countertenor/falsetto Silas Roy Crain, baritone Reubert H. Harris, baritone Thomas L. Brewster, tenor Edward Allen Rundless, Jr., and bass O.W. Thomas on September 10, 1926, in Trinity, Texas. Although they began in the mid-1920s, by the 1950s the group perfected the contemporary doo-wop African American quartet sound. Although The Soul Stirrers was considered a quartet. There were always five or six singers.

In addition, to their repertoire of gospel music, they also incorporated the Negro Spirituals and traditional hymns. However, because of their extraordinary music skills, they almost always improvised portions of their program.

In 1936, the Soul Stirrers were recorded by Alan Lomax for the Library of Congress’ American Music Project. Over time the group made transitions as old members left and new performers joined. By the mid-1930s the group consisted of Jesse Farley, T.L. Bruster, James Medlock, and R.H. Harris. Also, by that point they began to shift away from the signature tight harmonies and compact songs of traditional gospel.

In 1943 the Soul Stirrers signed a contract with Specialty Records, based in Los Angeles, California, where they recorded several tracks, including “By and By,” and “In that Awful Hour,” and performed at the White House upon request of President Franklin D. Roosevelt and for British Prime Minister Winston Churchill.

In 1950, when the Sam Cooke was 19, he was invited to join them as a principal singer. During his time with them he sang “Jesus Gave Me Water,” a significant Acapella hit that gave the Soul Stirrers even more notoriety.  Cooke remained with the group until 1956 when he decided to pursue a career in Rhythm and Blues. Cooke was replaced by Johnnie H. Taylor who eventually left to pursue his own career in R&B in 1962, signing on Cooke’s label, SAR Records.

The Soul Stirrers performed for 64 years, longer than any other musical group of any genre in the 20th century. The group survived by recruiting a succession of stellar performers while skillfully transitioning their sounds and performances to accommodate new audiences. Two years after the death of 73-year-old J.J. Farley on October 12, 1988, the group finally disbanded in 1990. The group and its members were inducted into the Rock and Roll Hall of Fame in 1989. They were also inducted into the Vocal Group Hall of Fame in 2000. In 2008, many of the original music scores and lyrics of the Soul Stirrers were destroyed in a huge fire burned for nearly 10 hours at the Universal Studio in Hollywood, California.