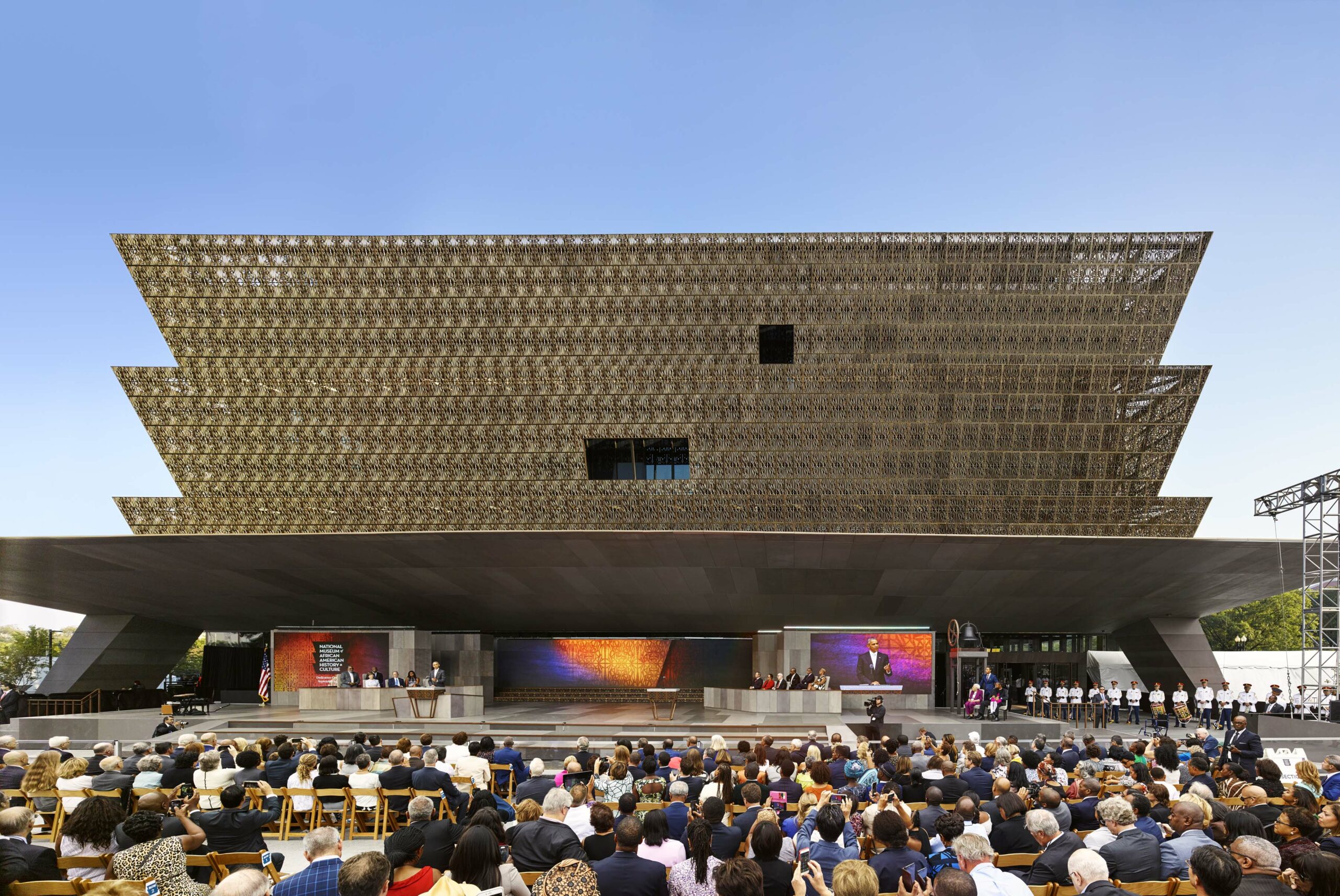 Although the Smithsonian National African American Museum of History and Culture (NAAMHC) officially opened in 2016, the ideal of a federally-owned museum to describe the African American experience dates back to 1915 with a meeting of the U.S. Colored Troops, veterans of the Civil War, at the 19th Street Baptist in Washington, D.C. Fourteen years later in 1929, President Herbert Hoover appointed community leaders Mary McLeod Bethune, Mary Church Terrell and others to lead a commission focused on the subject, but the matter received little attention for the next several decades. A renewed push for an African American museum in Washington, D.C. began with Rep. Mickey Leland (Texas) in 1985 who was joined in his lobbying efforts in 1988 by Rep. John Lewis (Georgia). They persuaded the Smithsonian Institute to begin a formal study of the feasibility of a museum and its location.

In 2003, the U.S. Congress passed the National Museum of African American History Act which finalized the establishment of a national Black museum as one of the Smithsonian museums and required that it be located on the National Mall in Washington, D.C. Endorsed by President George W. Bush, a site for the museum on the Mall was chosen and plans for funding and construction began.

The Freelon Group/Adjaye Associates/Davis Brody Bond Group, was chosen to design the museum. After several changes, the final design of the museum building included an inverted step pyramid which reflects a crown in Yoruba culture, adorned with bronze panels designed to evoke the decorative ironwork often forged by enslaved  and after the Civil War, free African Americans. The surrounding grounds included a pond, garden, and bridge that signifies visitors “crossing the waters” like enslaved persons leaving Africa and coming to America.

Director Bunch personally worked with a team of eleven curators to obtain over 25,000 artifacts from attics, basements, and private collectors across the nation, often visiting people himself to decide if an item was “museum worthy.” After the building foundation was laid, cranes installed a guard tower from the Louisiana State Penitentiary, the largest maximum security prison in the United States, and a segregated railroad passenger car, then built the museum around these large items. The 350,000 square foot building has five stories below ground and five stories above ground.

President Barack Obama was the most prominent of the officials at the groundbreaking ceremony for the museum on February 22, 2012, and was also the keynote speaker for the museum dedication on September 24, 2016. Some of the exhibits include garments and shackles worn by enslaved Africans, a letter written by Toussaint L’Overture, a slave cabin deconstructed and rebuilt from its original location in Edisto Island, South Carolina, and segregated drinking fountains and signs from throughout the nation. The museum collection now boasts more than 40,000 items, although only 3,500 items are on display to the public.

In just six months of opening, over one million people visited the museum, and a total of three million in the first year. In November 2021, NMAAHC launched it virtual “Searchable Museum,” which offers interactive experiences of the physical exhibit space, and its artifacts and stories.