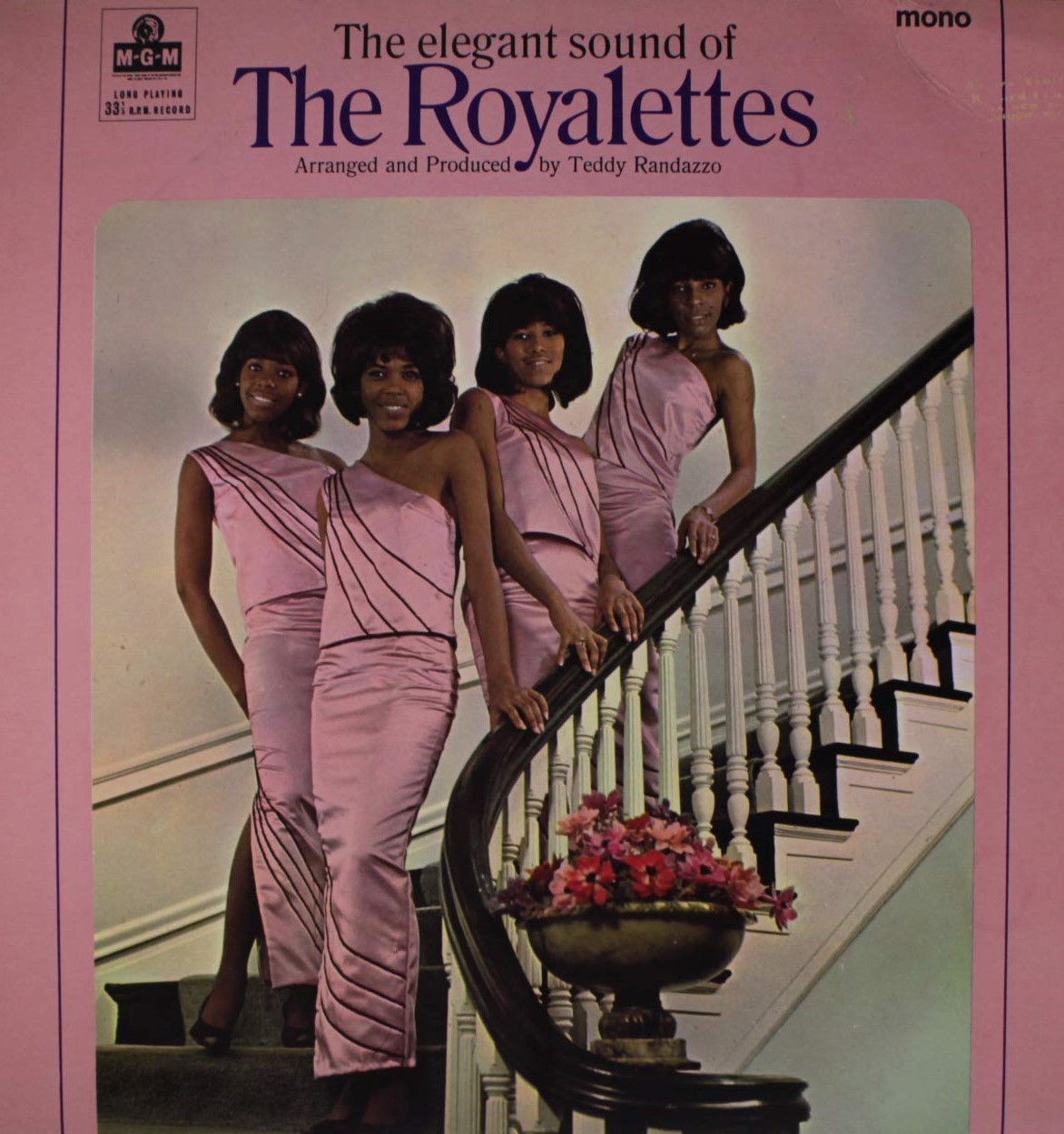 In 1961 the Royalettes, an all-female doo-woo quartet, was formed in Baltimore, Maryland. The group’s original members were sisters Sheila Ross Burnett, 17, lead singer, and Anita Ross Burnett, 16, from the Mount Holly Street neighborhood in West Baltimore, where both girls had been singing since early childhood. They invited their cousin Veronica Brown, 17, and good friend Terry Jones Flippen Gonzales, 17, also from Baltimore, to join them. All were schoolmates at Edmondson-Westside High School and Frederick Douglass High School. They practiced daily before and after classes and were recognized after winning a statewide talent contest on The Buddy Deane Show, a teen dance show aired on WJZ-TV in Baltimore in 1961. After the competition they selected the name the Royalettes to honor the Black-owned Royal Theater on Pennsylvania Avenue in Baltimore.

The Royalettes were initially signed with Philadelphia-based Chancellor Records but later joined the Warner Bros. Records label. Their most significant success, however, came at MGM Records.

In 1965, the Royalettes’ single “It’s Gonna Take a Miracle” became a hit, reaching the Top 30 on the U.S. R&B chart and peaking at no. 41 on the U.S. Billboard Hot 100 and 37 on Cash Box. It was the group’s only million selling record. With the success of  “It’s Gonna Take a Miracle,” the Royalettes appeared on Dick Clark’s American Bandstand and the Shindig TV series in 1965. Also charting in 1965 was “I Want to Meet Him” which peaked at no. 72 on the R&B chart and remained there for six weeks. It peaked on Cash Box at no. 78 and stayed there for seven weeks. In 1966, the Royalettes released the album The Elegant Sound of The Royalettes on the MGM Records label. It was their only album.

The Royalettes disbanded in 1969. However, the members came together again in 2003 for an All-Star Classic Reunion performance at the National Guard Armory in Baltimore, Maryland. It was their last performance as an ensemble. Royalettes members remain active in their communities. Sheila Ross Burnett still lives in Baltimore and performs for various organizations. In 2006, she was named Woman of the Year in Cultural Arts from the Zeta Phi Beta sorority for outstanding music industry and community contributions. Anita Ross Brooks retired from CSX Transportation in Atlanta, Georgia. Veronica Brown has been employed with a Baltimore law firm, and Terry Flippen Gonzalez maintains a life of leisure in California.

While the Royalettes were short-lived with only two charted hits, the doo-wop quartet was one of the most influential female ensembles of the 1960s.