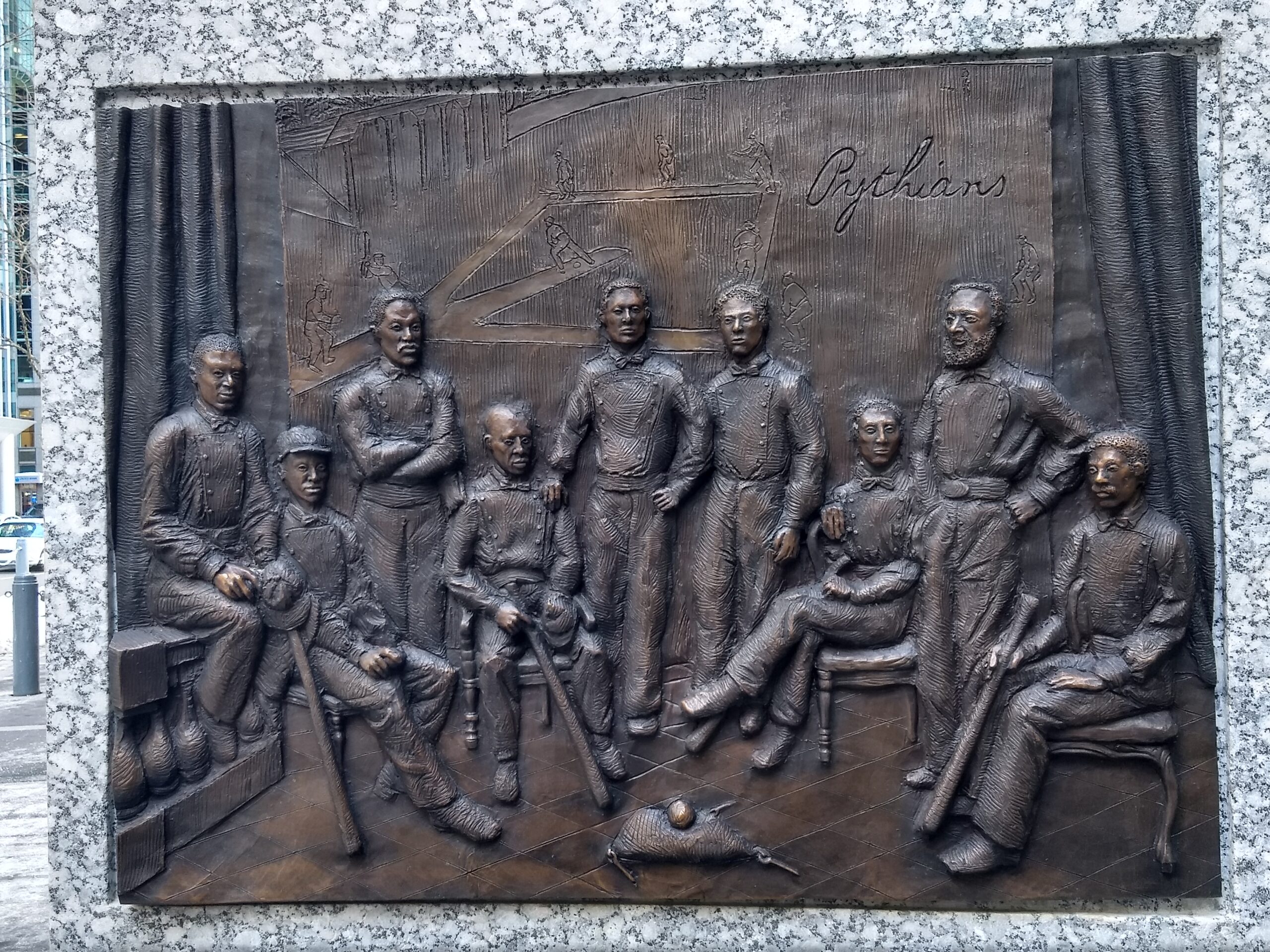 The Philadelphia Pythians were one of the earliest Black baseball clubs formed in the United States. They were founded in 1865 by childhood friends and civil rights activists Jacob C. White Jr. and Octavius V. Catto. A third lesser-known founder was William Still, known as the Father of the Underground Railroad. The team was originally known as the Independent Ball Club and primarily made up of students from the Institute for Colored Youth (ICY), as well as local business and middle-class professionals. The first games were played out of Diamond College Park in Camden, New Jersey, but eventually games were played at the Parade Grounds at 11th and Wharton Streets in Philadelphia. Their first recorded game at Parade Grounds was on October 3, 1866, with the Pythians losing 70-15 to the Bachelor Club of Albany, New York.

The team was renamed the Pythians because a number of players belonged to the Knights of the Pythians, a Prince Hall affiliated fraternity. The team used Liberty Hall at ICY as their clubhouse. The Pennsylvania State Convention of Baseball, located in Harrisburg, denied the Pythians team membership due to their race, and they were later denied admission into the National Association of Baseball players, but that did not stop them from scheduling and playing games for several years. The team was undefeated in the 1868 season, finishing with a 6-0-1 record. The season schedule lists games against teams Blue Sky, Active of West Chester, Mutual Washington, Alert Washington, Monitors Brooklyn and Monrovia Harrisburg.

The Pythians played a historic game against the all-white team the Olympics, in September 1869. It is the first recorded interracial baseball game. Although the Pythians lost the game, in another match a few days later, the Pythians played and beat the all-white Philadelphia City Items team in front of a record crowd of 3,500. After the murder of founder Octavius V. Catto on October 10, 1871, the team dissolved. A separate Pythians team joined the newly founded National Colored Base Ball League in 1887, but both the team and the league folded within two weeks of the opening season. Copies of the Pythians records and roster reside in the Leon Gardiner Collection in the Historical Society of Pennsylvania.