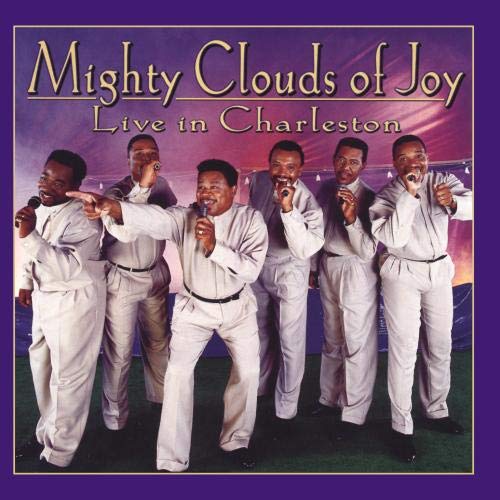 Their first recording was “Build Me a Cabin in Glory” on the Elko label in 1957. The following year, 1958, they produced “In Lord, You Woke Me Up This Morning” on the Proverb label. In 1960, the ensemble released “Steal Away to Jesus” on the Peacock label and in 1961 they recorded their debut album, Family Circlet.

The Mighty Clouds of Joy used declamations of traditional African American ministers and were one of the earliest groups to use an electrified rhythm section to enhance classic Gospel vocals. In 1974, The Mighty Clouds of Joy became the first gospel group to appear on the television dance program, Soul Train. They sang their original composition, “Time” from their album It’s Time which peaked at no. 32 on the Billboard R&B chart and 102 on the Billboard US Hot 100 chart. The single “Mighty Clouds of Joy” from that same album reached no. 47 on the R&B chart.

The Mighty Clouds of Joy have been awarded numerous accolades including eight Grammy nominations and three awards. In 1979, the group won a Grammy for “Best Soul Gospel Performance, Traditional” for their “Live And Direct”album followed by the song “Changing Times” in 1980 for “Best Soul Gospel Performance, Traditional.” In 1992, they were awarded a Grammy for “Best Traditional Soul Gospel Album” for Pray For Me.” In 1998, the group had a disco hit, “Mighty High,” that peaked at no. 1 on the Disco/Dance chart and remained charted for five weeks. It also reached no. 22 on the Billboard Soul Music chart and peaked at no. 69 on Billboard Hot 100. It was their first crossover success.