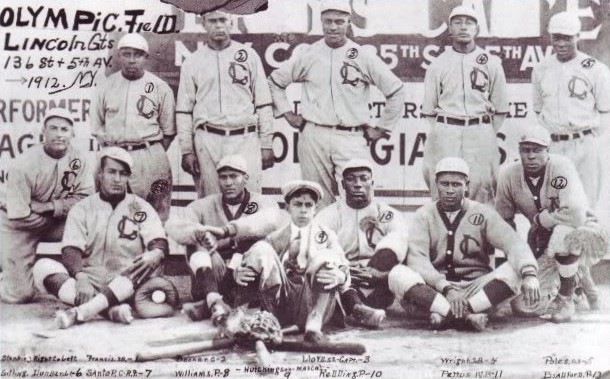 The teams’ initial games were played in Olympic Park, located at 136th Street and 5th Avenue in Upper Manhattan and often drew crowds of 10,000 people, both black and white. The McMahon brothers sold the team to James Keenan and Charles Harvey in 1914, due to financial strain. However, many players remained contracted to the McMahon’s and moved on to their new team which was briefly called the Lincoln Stars.

The team eventually readopted its original name during World War I and Joe Williams took over as manager of the Giants. In 1920, the team moved their games to the New York Catholic Protectory Oval, located at East Tremont Avenue and Unionport Road in the Bronx. Due to the long distance, many black fans with automobiles offered carpools to the games, making several trips back and forth to pick up fans from Harlem.

The Lincoln Giants joined the Eastern Colored League in 1923 but they did very poorly, with a 16-22 record, placing the team in 5th place out of six. The 1924 season brought in new team manager Jude Gans and was much better for the Giants who placed third that season with a 31-25 record. The team fell to last place in 1925 with a 7-39 record. John Henry Lloyd became team manager in 1926 and he signed Silas Simmons as a pitcher. During this season the Giants rose to fifth place, with a 22-31 win/loss record. The team did not play during the 1927 season, and returned to the ECL in 1928, only for the league to fold the same year. The Giants joined the American Negro League for its only season in 1929 but disbanded in 1930.