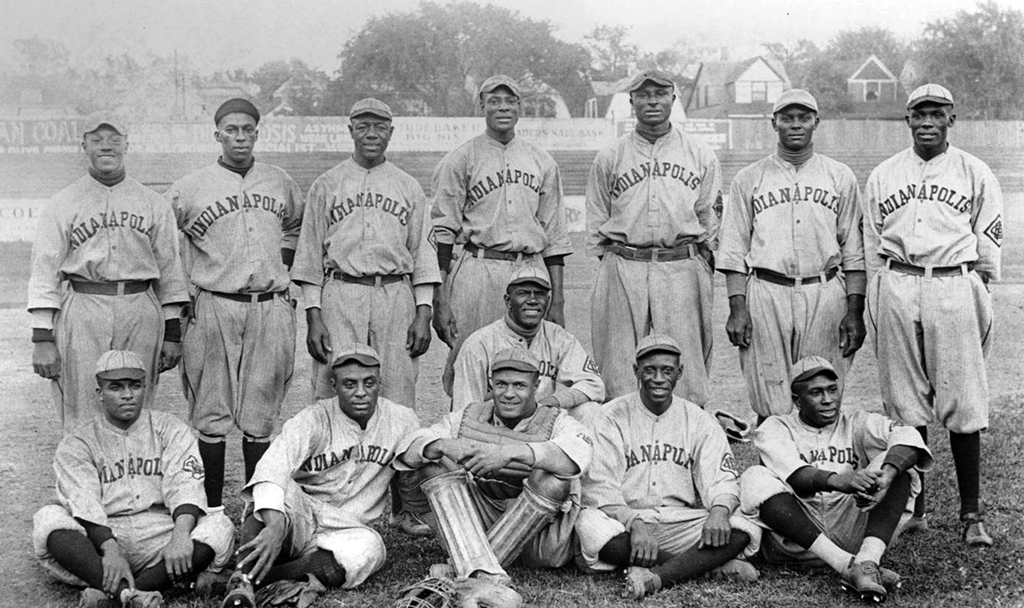 The history of the Indianapolis ABCs is complicated by the fact that five separate teams operated under the same name between 1917 and 1942. The 1907-1926 team played both as an independent team and were the charter members of the Negro National League, formed in 1920. The team was originally organized by the American Brewing Company in 1907 and was first managed by Ran Butler. The Company then sold it to white bail bondsman Thomas Bowser. In 1914, “Candy” Jim Taylor who played second base on the team, purchased a half interest and became the team’s new manager. Taylor signed center fielder Oscar Charleston, pitchers Dizzy Dismukes, Dicta Johnson, and Jim Jeffries, a new second baseman, Elwood “Bingo” DeMoss, third baseman and outfielder Dave Malarcher, outfielder George Shively, as well as Taylor’s three brothers Ben, John, and Jim.

The Indianapolis ABCs won the Western Black championship in 1915 and 1916. After a dispute between owners later that year, the two parted ways, and each formed their own ABC team. Taylor retained most of the original roster, and his success forced Bowser to sell off his team in 1917 to Black businessman Warner Jewell. Jewell’s team played as a farm club to Taylor’s team which played out of Federal League Park in Indianapolis.

Taylor’s ABC team became the charter members of the newly-formed Negro National League in 1920, and that year the ABCs finished in fourth place, with a 39-35 record. The team finished second in 1922, with a 46-33 record. When Jim Taylor died during the 1922 off season, his wife Olivia stepped in to become club owner, making her the first woman to own a top-level negro team, a decade before Effa Manley. Ben Taylor became the team’s manager, taking the place of his deceased brother. The ABCs fell to 4-17 record in 1924 and were dropped from the league by mid-season.

Meanwhile Jewell reorganized his ABCs team in 1925, with player Todd Allen as manager, and they finished the season in last place, at 17-57. The next year, the team improved to 43-45 but the club folded after just two years. The Jewell-owned ABC team played until 1933 before folding.

The ABCs under Olivia Taylor and her brother-in-law manager Ben Taylor, moved their club into the Negro Southern League and then back into the reconstituted Negro National League, called the NNL II. Due to a dispute with the Chicago American Giants which resulted in the loss of their Indianapolis ball field, the ABCs moved to Detroit where they became the Detroit Stars. That team lasted only a year before disbanding at the end of the 1933 season. The team moved again and became the St. Louis Stars, playing in the Negro American League from 1938 to 1941 before disbanding. In a last ditch effort to bring a Black baseball team back to Indianapolis, the Atlanta Black Crackers moved to the Indiana capital in 1938 and played as the Indianapolis ABCs before finally folding in 1942.