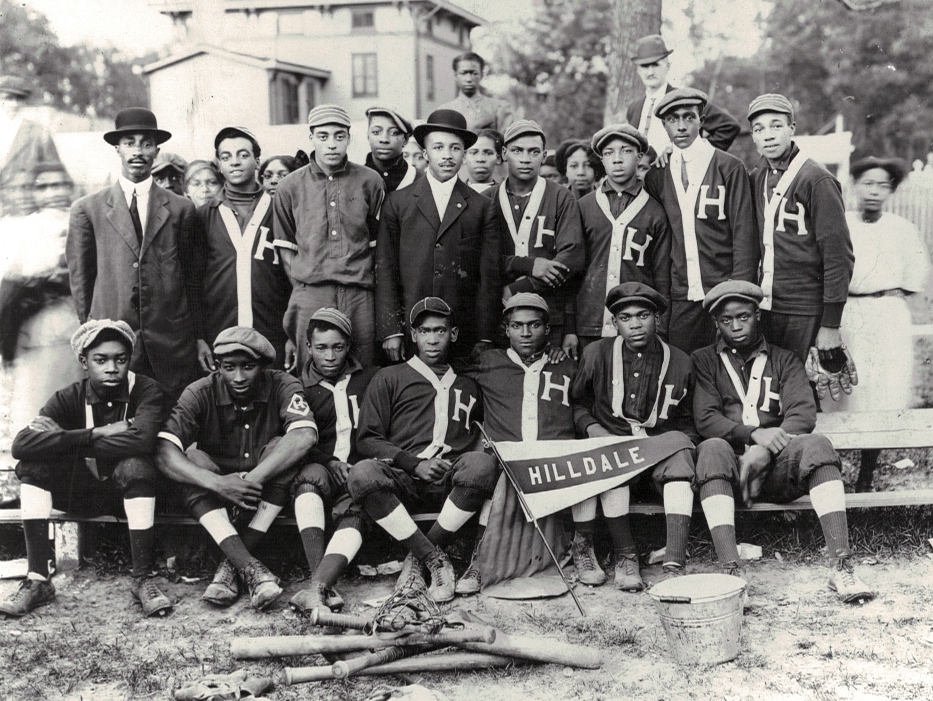 The Hilldale Athletic Club was a professional Negro League baseball team based in Darby, Pennsylvania. Austin D. Thompson, a 19-year-old ballplayer, established the team in 1910 as an amateur youth club. By the end of the year, Ed Bolden, a local black businessman and postal worker had taken over the club. In the early years, both men and women were a part of the roster making the Daisies the first gender-integrated team in black baseball.

The team formally incorporated as Hilldale Baseball and Exhibition Company in 1916 and played independently. By the following year, the roster included Spotswood “Spot” Poles, Otto Briggs, and Bill Pettus, and the team finished the season with a 23-15-1 record. Poles earned $448 for the season, while Briggs was paid $273. They were the first players to be given a salary. Hilldale played their home games at Darby Field, or Hilldale Park, located at 10th and Summit streets in Darby, a Philadelphia suburb. In 1920, Bolden secured a second park located in Camden, New Jersey, for Sunday games, and signed star player Judy Johnson, who remained with the team for a decade.

When the Eastern Colored League was formed in 1923, Hilldale was a charter member. Player/manager Frank Warfield secured catcher and hitter Biz Mackey, outfielder Clint Thomas, left-handed ace James “Nip” Winters and spitballer Phil Cockrell. Hilldale won the first three ECL titles consecutively and played in the first Negro League World Series in 1924, against the Kansas City Monarchs. The Monarchs won the series 5-4, but in a rematch in 1925, Hilldale won the series 5-1, claiming the first and only World Series victory by an ECL team. Bolden withdrew the team from the ECL prior to the 1928 season, and team member Lloyd Thompson assumed control in 1929. The team was purchased by John Drew that year, and he renamed them the Darby Daises. Drew ran the club until 1932 when it collapsed in the Great Depression.