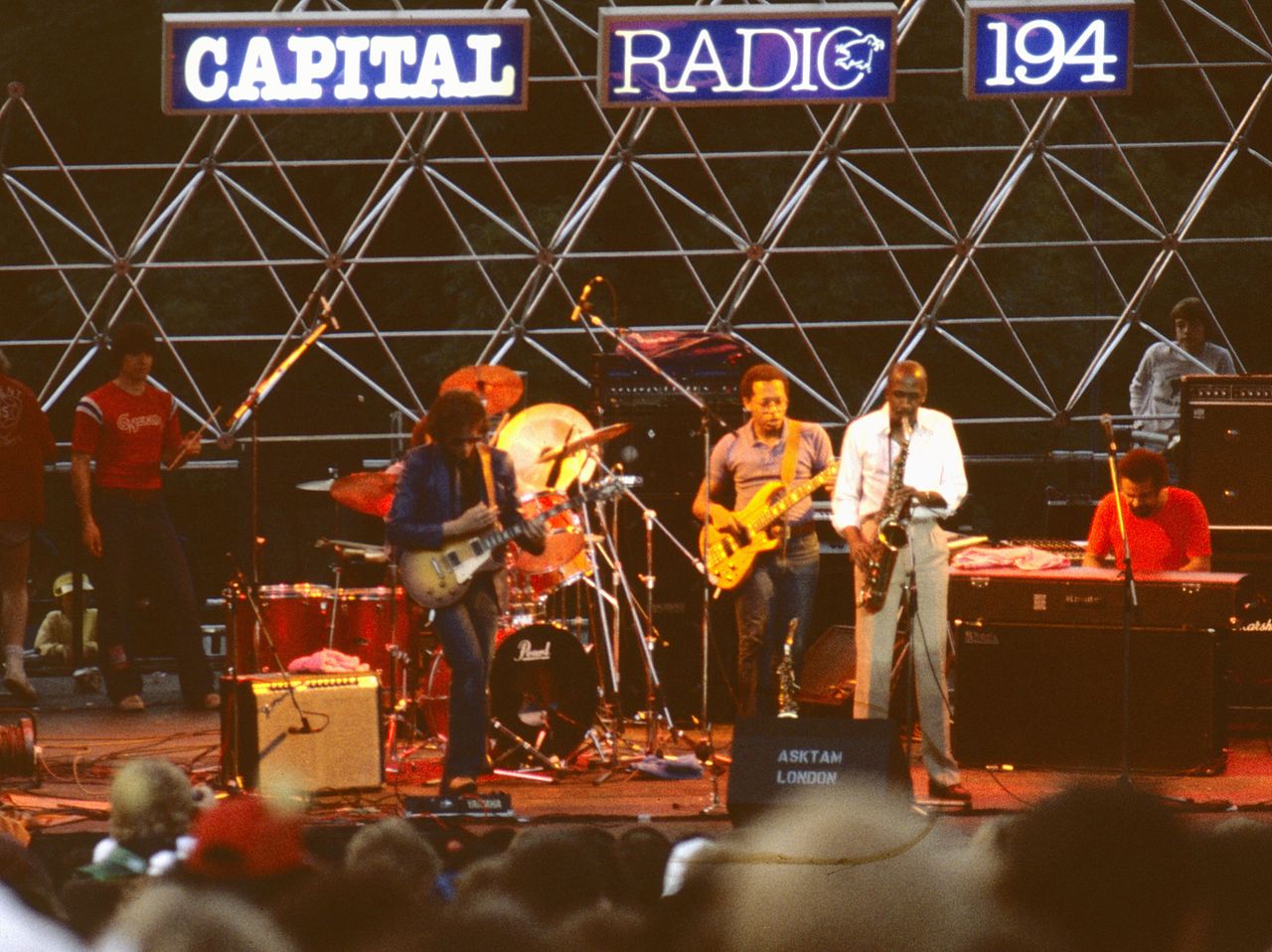 The musical moment in jazz fusion in the United States was 1954 when pianist Joseph Leslie Sample, born on February 1, 1939, began with tenor saxophonist Wilton Lewis Felder, born on August 31, 1940, and percussionist Nesbert “Stix” Hooper, born August 15, 1938, came together to form the ensemble, the Swingsters. They invited trombonist Wayne Maurice Henderson, born September 24, 1939, composer/flutist Hubert Laws, born November 10, 1939, and bassist Henry Wilson, born June 13, 1938, to join the venture to create a sextet. These teenagers were composers, who attended Houston, Texas’ Booker T. Washington High School. They moved to Los Angeles, California in 1960 and changed their name to the Crusaders.

Rare among jazz acts, the Crusaders’ compositions incorporated R&B, soul, and funk, and were often rhythmically persuasive for dancing. The group was successful from the late 1960s to the early 1990s. Their first album, Powerhouse, was released in 1969. It reached #184 on the Billboard 200 album chart. Their single, “Put It Where You Want It” was released in 1972, peaked at #52 and stayed on the charts for nine weeks on Billboard Hot 100. Their second album, 2nd Crusade, was released in 1973 and was nominated for the “Best R&B Instrumental Performance at the 15th Annual Grammy Awards in Nashville, Tennessee. The following year, 1974, they released the album, Southern Comfort to moderate success.

In 1976, the album, Those Southern Knights, peaked at #38 on the Billboard Top LPs chart, # 9 on the Soul LPs and remained on the charts for 18 weeks. It peaked at #2 on the Top Jazz LPs charts, it peaked at #2. Also, the single, “Images” from the album, was nominated for the Best R&B Instrumental Performance” at the 19th Annual Grammy Awards. Free as the Wind, released in 1977, reached #8, and remained on the charts for 22 weeks.

The Crusaders’ composition “Street Life” in 1979, with Randy Crawford as the guest vocalist on the recording, peaked at #5 and remained on the charts for 11 weeks, making it the biggest hit of their career. The song also peaked at #5 in the United Kingdom giving the Crusaders their only international hit.

In 1980, the Crusaders released the album, Rhapsody and Blues which peaked at #14 on the album chart and stayed charted for 19 weeks. In 1984 they released Rural Renewal which was nominated for the Best Contemporary Jazz Album of that year but was only modestly successful. Life in the Modern World released in 1988 was the last album or single released by the Crusaders.  It did not chart.

Wayne Maurice Henderson, to many a musical genius for merging jazz with elements of funk, soul, and R&B, died at the age of 74 on April 5, 2014, in Culver City, California. Joseph Leslie Sample died in Houston on September 12, 2014, at the age of 75. Wilton Lewis Felder died from myeloma on September 27, 2015, in Whittier, California He was 75.