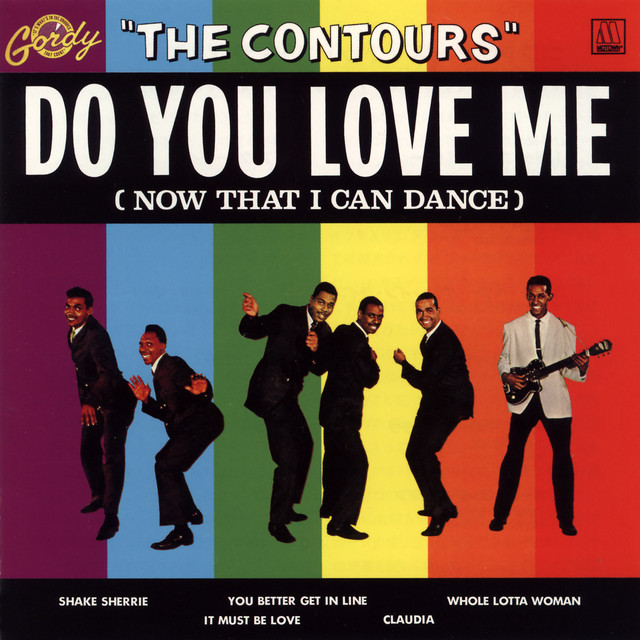 The Contours were a talented early Motown Records group that began as a quartet called the Blender in Detroit, Michigan in 1958. They had brilliant choreography of splits and fouetté turns that Motown founder Berry Gordy first thought was too much for a stage act but Jackie Wilson persuaded him to give them a chance. In 1961, the Contours were signed as one of Motown’s first acts.

The Contours charted eight hits in the1960s beginning with their chart-topping 1962 R&B smash, “Do You Love Me,” which sold more than a million copies and peaked at no. 3 on the Billboard R&B chart and remained charted for five months. The following year, 1963, “Shake Sherrie” made R&B Top 40 singles, followed by “Can You Jerk Like Me?” that peaked at no. 15 on R&B, and “The Day When She Needed Me” which charted at no. 47 on the pop chart. In 1964, the Contours charted at no. 41 on R&B with the single “Can You Do It.”

The year 1965 saw the release of “First I Look at the Purse” which reached no. 12 on R&B and no. 57 on the pop chart. “It’s So Hard Being a Loser” peaked at no. 85 on Billboard Hot 100 and remained on the charts for one week in 1967. It was The Contours’ last charting single. Then group members went their separate ways.  Dennis Edwards Jr., for example, became the replacement vocalist for David Ruffin of the Temptations.

While never the most successful of the Motown acts, the Contours influenced nearly all the record label’s groups that followed.