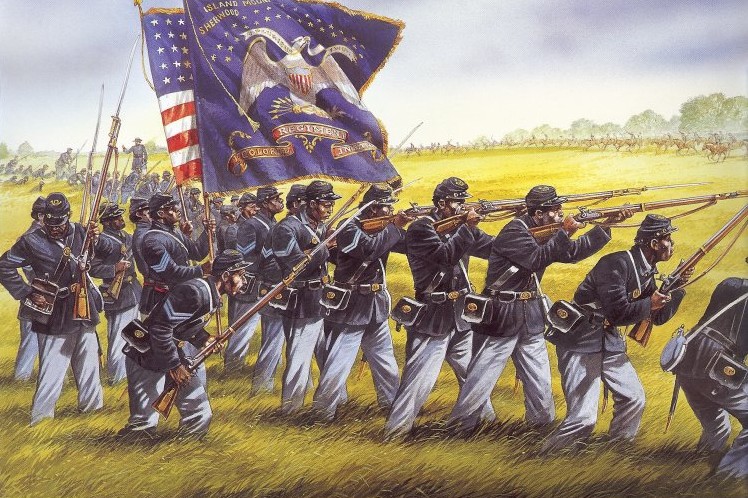 Although three of the five major nations in Indian Territory—the Creek, Cherokee, and Seminoles—were divided in their support for the Union, the Chickasaw and Choctaw nations were decidedly pro-Confederate. As a result, Confederate forces operating from Arkansas and Texas by 1863 had gained control of much of the territory.

Union forces which included the Indian Home Guard of consisting of Native Americans and African Americans who were former slaves of the Indian tribes, initiated a military counteroffensive to take back control of the territory. They were particularly interested in capturing part of the Texas Road, the main route that connected the territory to Texas and Arkansas. Honey Springs was an important crossroads on that route. All previous Union attempts to capture the crossroads had been unsuccessful. They tried again beginning in April 1863.

The Confederates, about 3,000 troops including many Native American soldiers, defended Honey Springs. They were joined by another 3,000 Confederate troops from Fort Smith, Arkansas. Maj. Gen. James G. Blunt, gathered Union forces at Fort Gibson, Indian Territory and set out for a preemptive strike on July 15 before more Confederate reinforcements could arrive. On July 17 the Union and Confederate armies collided.

Recognized by some as the “Gettysburg of the Civil War in Indian Territory,” the Battle of Honey Springs allowed Union forces to occupy most of the Indian Territory and initiated the campaign of Federal troops to capture Fort Smith and much of western Arkansas.

The battle also proved fighting capabilities of black troops. General Blunt heaped praise upon them in his official battle report: “The First Kansas Colored particularly distinguished itself; they fought like veterans and preserved their line unbroken throughout the engagement. Their coolness and bravery I have never seen surpassed; they were in the hottest of the fight and opposed to Texas troops twice their number, whom they completely routed. One Texas regiment (The Twentieth Cavalry) that fought against them went into the fight with 300 men and came out with only sixty.”