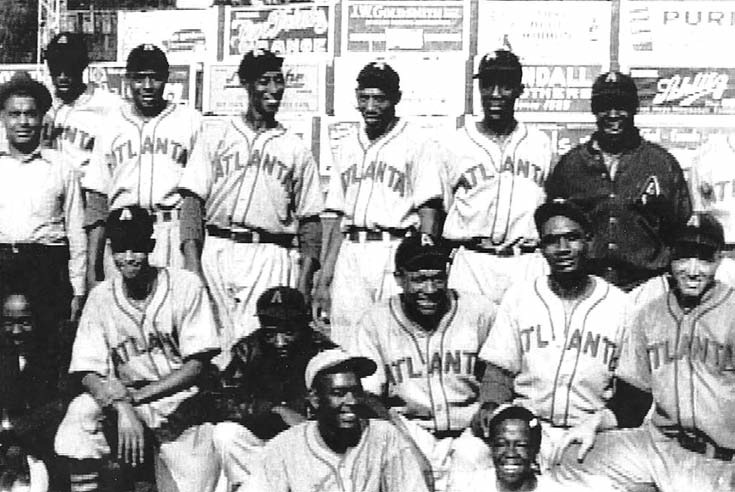 The Atlanta Black Crackers were a professional Negro League baseball team that played mostly as a minor league team but were briefly a major negro league team as well. The team was originally formed as the Atlanta Cubs, a semi-professional team made of college students from Atlanta University and Clark University. The team’s first owner was W.B. Baker. The local white baseball team was called the Atlanta Crackers so beginning in 1919 the Cubs changed their name to the Atlanta Black Crackers because local fans had unofficially adopted that name for them.

The Atlanta Black Crackers officially joined the Negro Southern League (NSL) in 1920 along with the Jacksonville Red Caps, the Montgomery Grey Sox, the Birmingham Black Barons, Memphis Red Sox, Nashville Elite Giants, and the New Orleans Crescent Stars. Their uniforms, bats, and other supplies were donated by their white counterparts. Only two baseballs were furnished per game which often caused a delay of game as players or fans had to retrieve the ball. Players were paid a $350 salary per month, a much higher wage than most Atlanta Blacks were making at the time. In 1921, the team was still under their original name, the Atlanta Cubs, but played as the Black Sox in the Negro Southern League that season. Beginning in 1922, the club again assumed the Atlanta Black Crackers moniker, and played until 1925 as a barnstorming club. In 1929, the Black Crackers returned to the NSL, but were known as the Grey Sox for the season.

The Great Depression in 1932 caused the demise of several Black teams, and the Negro Southern League spent a few years in hiatus. During that period the team once again played independently. Team owner W.B. Baker died suddenly in 1937, and Reverend John H. Harden and his wife, Billie, owners of Harden Service Station, took over as team owners.

Throughout the tenure of the team, they won seven Southern Association League titles, and are recognized as one of the more successful franchises in minor league history. The Atlanta Black Crackers uniforms have been worn seven times in major league baseball games, and all game wear gear was auctioned off in a fundraiser for the Negro leagues Baseball Museum, in Kansas City, Missouri.