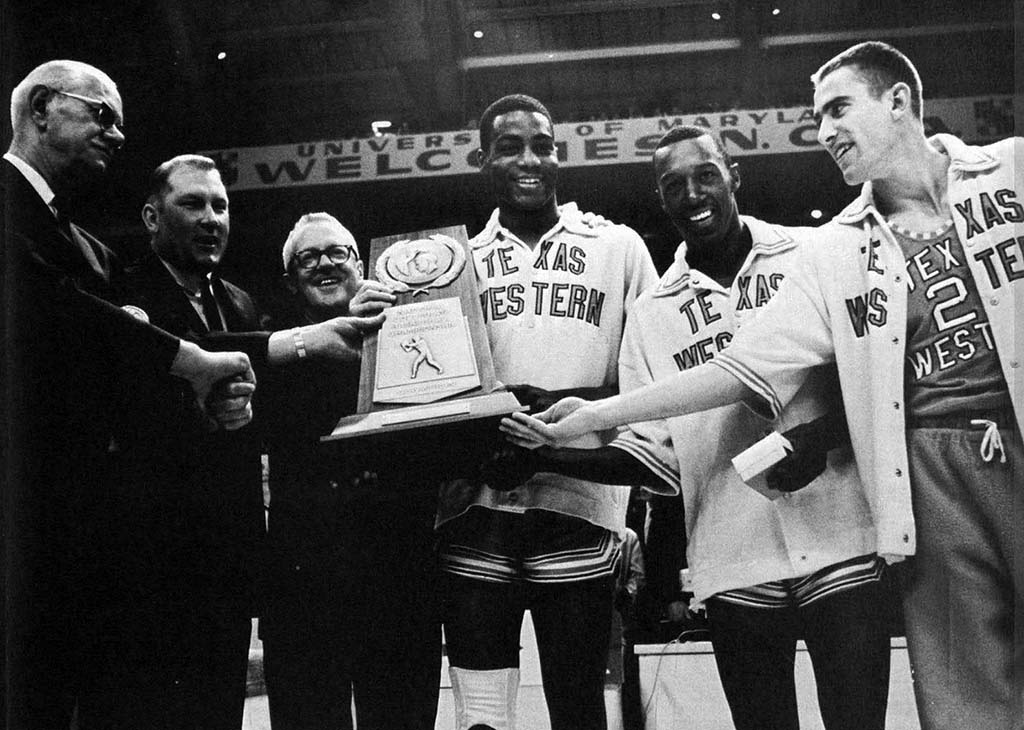 The 1966 championship game for the National Collegiate Athletic Association (NCAA) basketball tournament came down to a test between a small southwestern institution, El Paso’s Texas Western College Miners, and an accomplished four-time NCAA tournament winner, the University of Kentucky Wildcats. This game, however, proved to be more than just a challenge by the Miners, a multi-racial team that had joined the NCAA just three years earlier, and an all-white opponent, the Wildcats, widely considered the strongest basketball team in the nation. This game, according to many sports observers, forever changed major college basketball. The Miners’ unexpected victory demonstrated that African American players had the skill to control the game as well as a white team, and ultimately better than the best white team.

In contrast to other Texas colleges and universities, as well as most universities throughout the South, Texas Western experienced integration more than a decade earlier. The Miners’ coach, Don Haskins, recruited the best players, regardless of their hue. Adolph Rupp, on the other hand, the legendary coach and strategist of the Kentucky Wildcats, admitted he did not seek black players for his team.

The Miners arrived in Kentucky for the championship game on March 19, 1966. The sports announcers and writers expected an overwhelming win for the Wildcats. However, Haskins understood the pressure his team faced and sent in his best players, all African Americans. At first, Kentucky gained the advantage, but soon the Miners captured the lead during the first half and ended the final quarter with a Miner 72-65 win. This victory, according to sports writer and historian Charles Martin, “was a watershed event” because it encouraged other schools to recruit African American players.

In 2006, the movie Glory Road, depicting the significance of this game, was released. The following year, the team was inducted into the Naismith Memorial Basketball Hall of Fame. On February 6, 2016, the now University of Texas El Paso Miners held a reunion for the 1966 players at the Don Haskins Center. The opening ceremony heard an address from President Barack Obama, which included these words: “…by becoming the first team to win an NCAA title with five black starters, the Miners weren’t just champs on the court: They helped change the rules of the game. They didn’t know it at the time, but their contribution to civil rights was as important as any other…” “…Go Miners!”