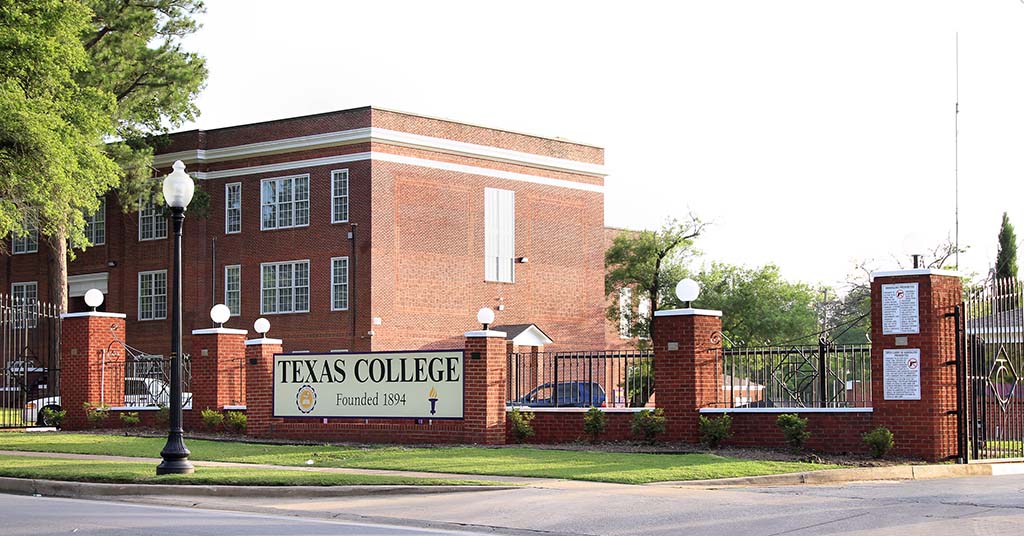 Texas College is a historically black College (HBCU), located in Tyler, Texas. The college was originally proposed by several ministers within the Colored Methodist Episcopal (CME) Church. The Church founded the college, the third all-black institution in the state, on roughly 25 acres of land near Tyler in 1894.

In 1909, Texas College briefly changed its name to Phillips University to recognize the work of the CME Bishop Henry Phillips but opposition forced the named to be changed back to its original title in 1912. In 1924, Texas College was accredited as a two-year facility and in 1932, the Southern Association of Colleges and Secondary schools allowed the institution to award baccalaureate degrees.

Texas College has been associated with the United Negro College Fund (UNCF) since the fund’s inception in 1944. That affiliation provides scholarships and grants for students who lack funding to attend a secondary establishment. The school has also recently worked toward increasing its attendance of black males by providing more grants.

Today Texas College is primarily a liberal arts school. It has diversified its degrees by offering Bachelor of Science degrees in such areas as biology and chemistry, as well as offering arts degrees in education and music. One of its most prominent graduates is Mildred Jefferson, who in 1951 became the first black woman to graduate from Harvard Medical School. The college, which has struggled financially over most of the 20th Century, now has approximately 300 students, making it one of the smallest of the HCBUs.