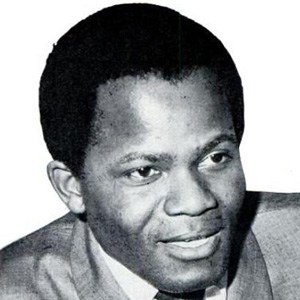 Tex was born Joseph Arrington, Jr. on August 8, 1933 in Rogers, Texas to Joseph Arrington and Cherie Sue (Jackson) Arrington. He and his sister Mary Sue were originally raised by their grandmother Mary Richardson until their parents’ divorce when they moved to Baytown with their mother. Tex played baritone saxophone at George Washington Carver High School and sang in his church choir at McGowen COGIC Temple in Baytown.  Tex frequently entered Houston-area talent shows and in one instance won $300 and a trip to New York in 1953. This trip allowed him to perform as an amateur at the Apollo Theatre, winning first place over other future greats such as Johnny Nash and Hubert Laws. Talent scout and future manager Henry Glover saw Tex there. Tex did not sign right away with Glover, however as his mother wanted him to finish high school first.  Joe Tex waited for a year, and through Glover, signed with King Records at the age of 19.

Joe Tex recorded under the King Records label from 1955 to 1957 with little success. However, it was there that Tex’s rivalry with Fellow King Records artist James Brown began. In 1958, Tex signed with Ace recording studios and began to perfect his trademark microphone tricks and dance moves. It was these dance moves and tricks that many claim James Brown stole from Tex. He was credited with one important innovation in soul music, the spoken “soul preaching” style which he called “rap” and which would be imitated by Isaac Hayes, Barry White, and Millie Jackson among others.

Tex opened for artists such as Jackie Wilson and Little Richard while with Ace until 1960. He then recorded with Dial Records from 1960 to 1964. In 1964 he found a recording home and garnered his first hit, “Hold On To What You’ve Got” (1965) at FAME Studios in Muscle Shoals, Alabama. Ironically Tex did not feel the song would do well and actually tried to stop its release, but the studio went against his wishes and it sold more than a million copies by 1966.

Tex continued recording hits until 1972, when he decided to pursue life as a minister in the Nation of Islam after converting in 1966. He came back to music after the death of the Nation’s leader, Elijah Muhammad in 1975. His last public appearance was in 1981. After that, Tex retreated from the public eye and retired to his ranch in Navasota, Texas with his wife Beliliah Hazziez. When Tex converted to Islam, he changed his name to Yusef Hazziez. He had five children: Earthra Doucet, Joseph Arrington III, Ramadan Hazziez, Jwaade Hazziez, and Joseph Hazziez. Joe Tex died at his home in Navasota, Texas from a heart attack on August 13, 1982.  He was 47 years old.