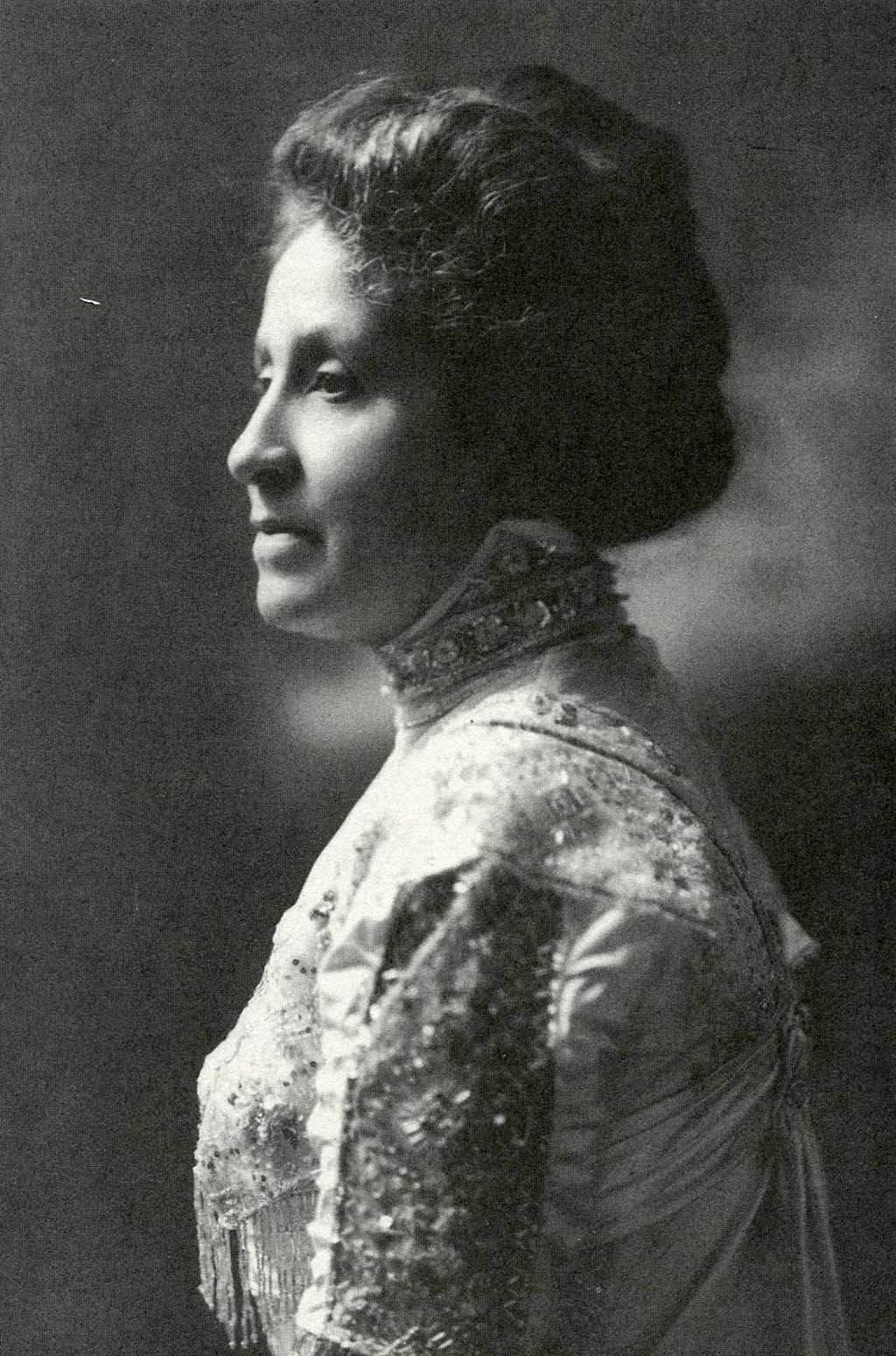 Mary Church Terrell, a writer, suffragist, educator, and activist, co-founded the National Association of Colored Women and served as the organization’s first president. Known as “Mollie” to her family, Church who was born in Memphis, Tennessee on September 23, 1863, lived a life of privilege due to the economic success of her parents, both former slaves.  Her mother, Louisa Ayres Church, owned a hair salon, while her father, Robert Reed Church, was the first black millionaire in the South due to his business and real estate dealings.  Church’s parents divorced when she and her brother were young, and her father remarried.

Church left her hometown of Memphis at an early age to enroll at the elementary school at the Antioch College laboratory school in Ohio.  She remained in Ohio to attend both Oberlin Academy and Oberlin College, where she earned a Bachelor of Arts in classical languages in 1884.  She earned a master’s degree from Oberlin four years later.

Although her father disapproved of her working, Church became a teacher after graduating from Oberlin.  She taught at Wilberforce College in Ohio before moving to Washington, D.C. in 1887 to join the faculty at M Street Colored High School, which later became Dunbar High School. While in Washington, she met fellow teacher Anna Julia Cooper, as well as the man she would marry, Robert Heberton Terrell, chairman of the school’s language department. Since married women could not work as teachers in Washington, D.C., she resigned when they wed in 1891.

One year after her wedding, tragic news from her hometown motivated Terrell to become a social activist.  In 1892, she learned that Thomas Moss, a close friend from Memphis, had been lynched.  After Terrell’s and Frederick Douglass’s appeals to President Benjamin Harrison failed to produce a public condemnation of lynching, she formed the Colored Women’s League in Washington to address social problems facing black communities.  Four years later, Terrell helped create the National Association of Colored Women (NACW), and became its first president.  The NACW adopted the motto, “Lifting As We Climb,” and promoted racial uplift through education and community activism.

During her tenure as president of the NACW, from 1896 to 1901, Terrell became a well-known speaker and writer in the United States and overseas.  She supported the women’s suffrage movement, even as segregationists tried to exclude black women from the cause.  In 1898 and 1900, Terrell attended the biennial meetings of the National American Woman Suffrage Association (NAWSA), where she stressed that African Americans had to confront sexual and racial barriers.  During a visit to Germany in 1904, she presented a speech to the International Council of Women entirely in German.

Terrell lent her support to several political causes. An enthusiastic member of the Republican Party, she worked as president of the Women’s Republican League in Washington, D.C.  She also accepted an appointment from the Republican Party to direct a program for black women in the eastern United States.  At the same time, Terrell served on Washington’s Board of Education in an unpaid position from 1895 to 1901, and again from 1906 to 1911.  In 1909, Terrell signed the charter that established the National Association for the Advancement for Colored People (NAACP).

In addition to founding and chairing numerous organizations, Terrell also used her writing to advance her social and political interests. Her scholarly articles, poems, and short stories about race and gender appeared in numerous journals and magazines. In 1940, she wrote her autobiography, A Colored Woman in a White World, which details her own battles with gender and racial discrimination in the United States.

After World War II, Terrell joined the burgeoning efforts to end legal segregation in Washington, D.C. She lived to see the desegregation of eating facilities in the capital city, which occurred in 1953. One year later, the Supreme Court ruled that segregation in public schools was unconstitutional.  Mary Church Terrell died in Highland Beach, Maryland, on July 24, 1954 slightly more than two months after the decision was handed down.  She was 90.