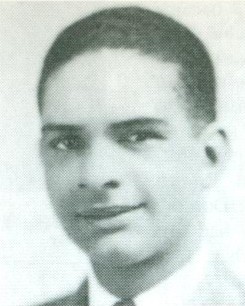 Robert Rochon Taylor was an architect and early housing activist in Chicago, Illinois who became Chairman of the Chicago Housing Authority in 1942. He is the son of Robert Robinson Taylor who was the first African American to graduate from the Massachusetts Institute of Technology (1892) and the first black professor of architecture at Tuskegee University in Alabama. Robert Rochon Taylor is the grandfather of Valerie Jarrett, the senior advisor to President Barack Obama.

Born in Cleveland, Ohio on April 12, 1899, Taylor originally studied architecture at Washington, D.C.‘s Howard University (1916-1919). Before transferring to the University of Illinois, for three years Taylor gained valuable experience running a sawmill designed by his father in Opelika, Alabama. After his graduation in 1925 with a Bachelor of Science in business administration, Taylor moved to Chicago where he initially devoted less time to architecture and became more involved in the real estate and insurance business. In 1928, Taylor became the secretary and general manager of Liberty Life Insurance Company of America and helped design the Michigan Boulevard Garden Apartments (the first housing complex in Chicago’s South Side built for middle class African Americans).

By the early 1930s Taylor worked with a group of local black business leaders to who form the Illinois Federal Savings and Loan Association, one of only two savings and loan institutions that provided mortgages to would-be black homeowners on Chicago’s South Side. Because of his work and growing prominence as a black business leader, Taylor was appointed vice chairman of the Chicago Housing Authority in 1935 and later chairman in 1939. Robert Taylor believed in safe and affordable housing for Chicagoans and along with other city officials of the era, sought to remove slums from the South Side black community known as the Black Belt. Taylor was a proponent of scattering public housing throughout Chicago which many civil rights advocates called for to promote residential integration in this racially divided city.

Taylor remained the Chair of the Chicago Housing Authority until 1950 when a dispute with the Chicago City Council over future sites for public housing prompted his resignation. Taylor opposed the City Council’s efforts to limit black occupancy in public housing projects to all-black neighborhoods and resigned when it became evident that city leaders were intent on preserving racial segregation.