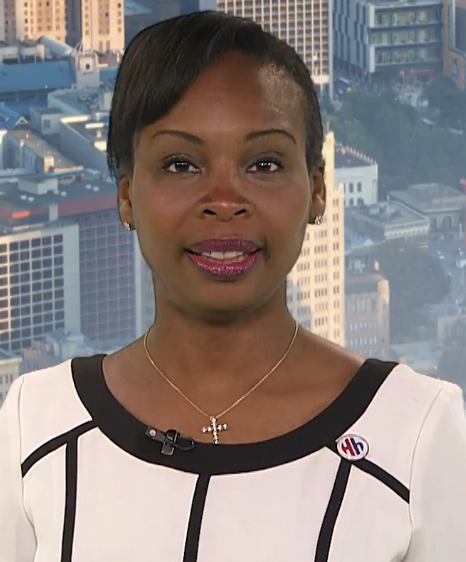 Ivy Ruth Taylor, the first popularly elected African American mayor of San Antonio, Texas, was born in Brooklyn, New York, on June 17, 1970. Her parents moved to Brooklyn from Wilmington, North Carolina, before she was born and later divorced when she was a child. She attended public schools in the Jamaica section of Queens, New York, and continued her education at Yale University, where she received a B.A. in American Studies in 1992. While there, she joined Delta Sigma Theta Sorority.

After graduation, Taylor found employment in the corporate world but soon recognized the need for additional education to further her career. She chose the University of North Carolina at Chapel Hill where she studied for a master’s in city and regional planning. Taylor concentrated her studies on housing and community development, and during the summer of 1997 she applied for temporary work in San Antonio. Her summer stint in San Antonio forever changed her life when she discovered that she really liked the city, and later that summer, she met her future husband, Rodney Taylor, a local entrepreneur and bail bondsman. At the end of the summer, Taylor returned to her studies at UNC-Chapel Hill and graduated the following year (1998) with her master’s degree.

Taylor returned to San Antonio and started a new job with the city. Later in 1998, she married Rodney Taylor. After working in San Antonio Housing and Community Development Department for six years, Taylor found a position with Merced Housing of Texas, a private affordable housing agency. During this time, Taylor also sat on several committees and boards, including the San Antonio City Planning Commission, the Urban Renewal Agency board, and the Haven for Hope board.

In 2009 at the age of thirty-nine, Taylor ran for the District 2 City Council seat and won. Taylor, the daughter of Pentecostal parents, was decidedly conservative on many issues. For example, she voted against a proposed city ordinance which would have protected gay rights in the city.

She was reelected to the City Council in 2011 and 2013. Her career, however, made a dramatic turn when President Barack Obama appointed then San Antonio mayor, Julian Castro, to his cabinet as U.S. Secretary of Housing and Urban Development. The San Antonio City Council then selected Taylor to complete Castro’s unexpired term. With that appointment, Taylor became the first black woman and only the second woman to serve as mayor of the city.

Taylor stood for election as mayor in 2015. In a crowded field, neither she nor the other leading candidate, Leticia Van de Putte, a liberal Latina, won the majority in the May 9 election. In the subsequent run-off on June 13, Taylor claimed a majority of the votes, primarily on the strength of the Republican-leaning coalition that backed her. She became the first elected African American mayor of San Antonio in a city where the majority of the population is Latino, and African Americans comprise only seven percent of the city’s residents.

After her term as mayor was completed (2014-2017), Taylor was a lecturer at the University of Texas-San Antonio in the Public Administration Department. In 2020, Taylor completed a Doctor of Education in higher education management from the University of Pennsylvania. In May 2020, she was named the twelfth president of Rust College, an HBCU in Holly Springs, Mississippi. She is the first female president of the institution.

In her free time, Mayor Taylor enjoys designing and building new homes. She and her husband Rodney have one daughter, Morgan.