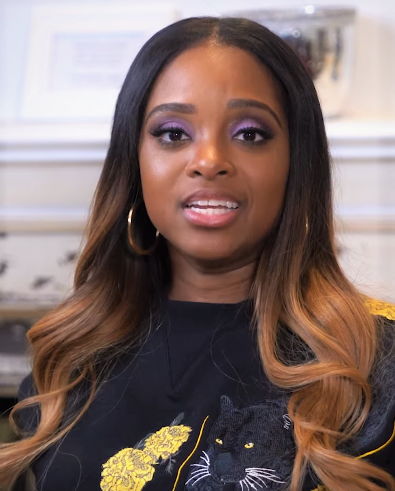 Tamika D. Mallory is a civil rights activist, gun control advocate, women’s rights organizer, and outspoken critic against anti-black police violence. Born in Harlem on June 8th, 1980 to Stanley and Voncile Mallory, founding members of Al Sharpton’s National Action Network (NAN), Tamika Mallory was raised in the Manhattanville Houses and later moved to Co-Op City in the Bronx. She graduated from the College of New Rochelle with a communications degree. An active member of NAN in her youth, Mallory served as Executive Director of the organization from 2011 to 2013.

Moved by her personal loss of a family member to gun violence, Mallory worked as an advisor on gun control legislation for Vice President Joe Biden during the Barack Obama administration, creating bills and helping to get them passed. In 2014, she was selected to serve on the transition committee of New York City Mayor, Bill de Blasio. She helped create the NYC Crisis Management System, a gun violence prevention program, which awards $20 million annually to gun violence prevention organizations. She founded her own strategic planning and event management firm in New York City and served on the Board of Directors of Gathering for Justice, an organization aimed at ending child incarceration and eliminating racist policies that systemically create mass incarceration.

Mallory is best known for co-organizing the 2017 Women’s March alongside Bob Bland, Carmen Perez, and Lina Sarsour in response to the election of Donald Trump as President of the United States. The largest single day protest in US history, the event advocated for women’s rights, immigration reform, LGBTQIA rights, healthcare reform, environmental reform, racial justice, and racial equality. The organizers of the event published “10 Actions for the First 100 Days” to continue the momentum of social activism. They urged participants to write a postcard to Senators about issues that concerned them, to host or join a “huddle” of neighbors to discuss ways to transform feelings into local and national action, and to attend or host “Hear Our Voice” events. During the 2019 Women’s March, which Mallory also co-organized, she was criticized for her association with Nation of Islam leader Louis Farrakhan.

Mallory’s gun control activism intersects with her stand in the Black Lives Matter movement against state-sanctioned violence against black people. She led an 18-mile trek from the National Rifle Association headquarters in Fairfax, Virginia to the US Department of Justice in Washington D.C. to host a vigil for the 2016 murder of Philando Castile by a Falcon Heights (St. Paul suburb), Minnesota police officer. She gave an explosive speech in Minneapolis following the police killing of George Floyd. Most recently (September 2020), under the auspices of her social justice organization. “Until Freedom,” she spoke out against the police killing of Breonna Taylor and delivered harsh criticism against Kentucky’s attorney general Daniel Cameron, who failed to indict the police officers involved in her death.

Hayley Maitland, “‘The Goal Is To Move The Masses’: Tamika D. Mallory On Moving the Dial On Activism in 2020” Vanity Fair, August 4, 2020, https://www.vogue.co.uk/news/article/tamika-d-mallory; “This Is Why Hundreds Of Women Are Going After The NRA” https://www.bustle.com/p/this-is-why-hundreds-of-women-are-going-after-the-nra-69967; “Tamika Mallory: Young and powerful new executive director of NAN” http://amsterdamnews.com/news/2011/apr/12/tamika-mallory-young-and-powerful-new-executive/.