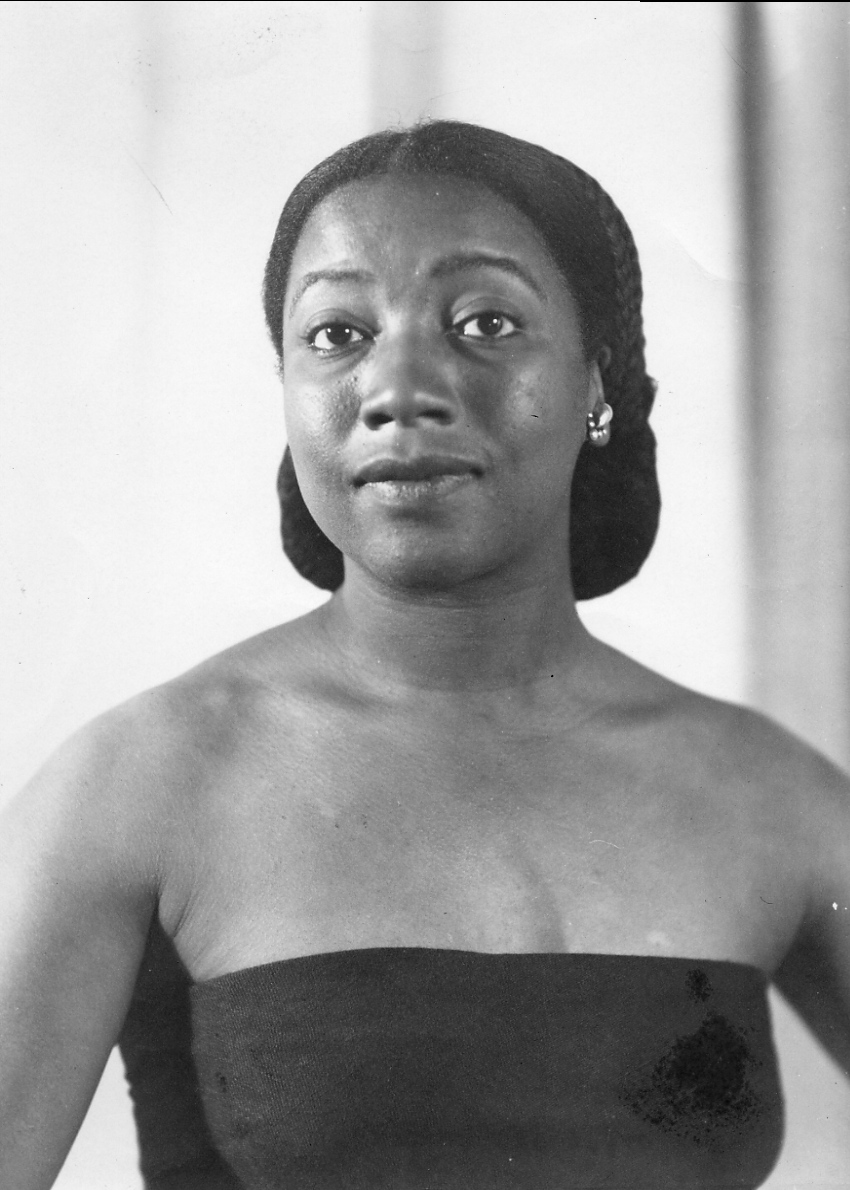 African American artist and dancer Thelma Johnson Streat was born in Yakima, Washington on August 29, 1912, the second of Gertrude Beatrice Carson and James A. Johnson’s five children.  Streat’s artistic ability was evident at a young age.  She graduated from Washington High School in Portland, Oregon in 1932 and a year later her paintings were featured in an exhibit at the New York City, New York Public Library sponsored by the Oregon Federation of Colored Women and the Harmon Foundation.  The following year, 1934, Streat briefly attended the Museum Art School and the University of Oregon.  In 1935, she married Romaine Virgil Streat.  The couple divorced in 1948, but Streat continued to use her married name professionally.  In December 1948, she married John Edgar Kline, her manager and a folklorist, in Seattle, Washington.  The couple then moved to Honolulu, Hawaii and established the “Children’s City of Hawaii and New School of Expression,” a multicultural art center.

During most of the 1930s and 1940s, Streat worked for the Works Progress Administration (WPA) Federal Art Project in California.  In 1941, her paintings were shown at the Stendhall Art Gallery in Los Angeles, California.  In 1942, she became the first African American woman to exhibit her work at the Museum of Modern Art (MOMA) in New York City.  She also collaborated with Mexican muralist Diego Rivera whom she met while working for the WPA.

Streat’s paintings were controversial.  In 1942, she was threatened twice by the Ku Klux Klan for her painting “Death of a Black Sailor,” at the American Contemporary Gallery in Hollywood, which depicted a dying soldier’s thoughts on democracy as he saw defense plant signs saying “only white need apply,” the Red Cross’s refusal to accept black blood, segregated military barracks, and restaurants that refused to serve black servicemen.

In 1947, Streat was commissioned by women’s sportswear manufacturer Koret to create original fabric designs for their spring collection.  She also painted a series of canvasses depicting the company’s spring 1948 fashions.

In 1956, Streat and her husband established a second “Children’s City” school on Salt Spring Island in British Columbia, Canada.  Three years later in 1959, Thelma Johnson Streat died of a heart attack in Los Angeles. She was 47.