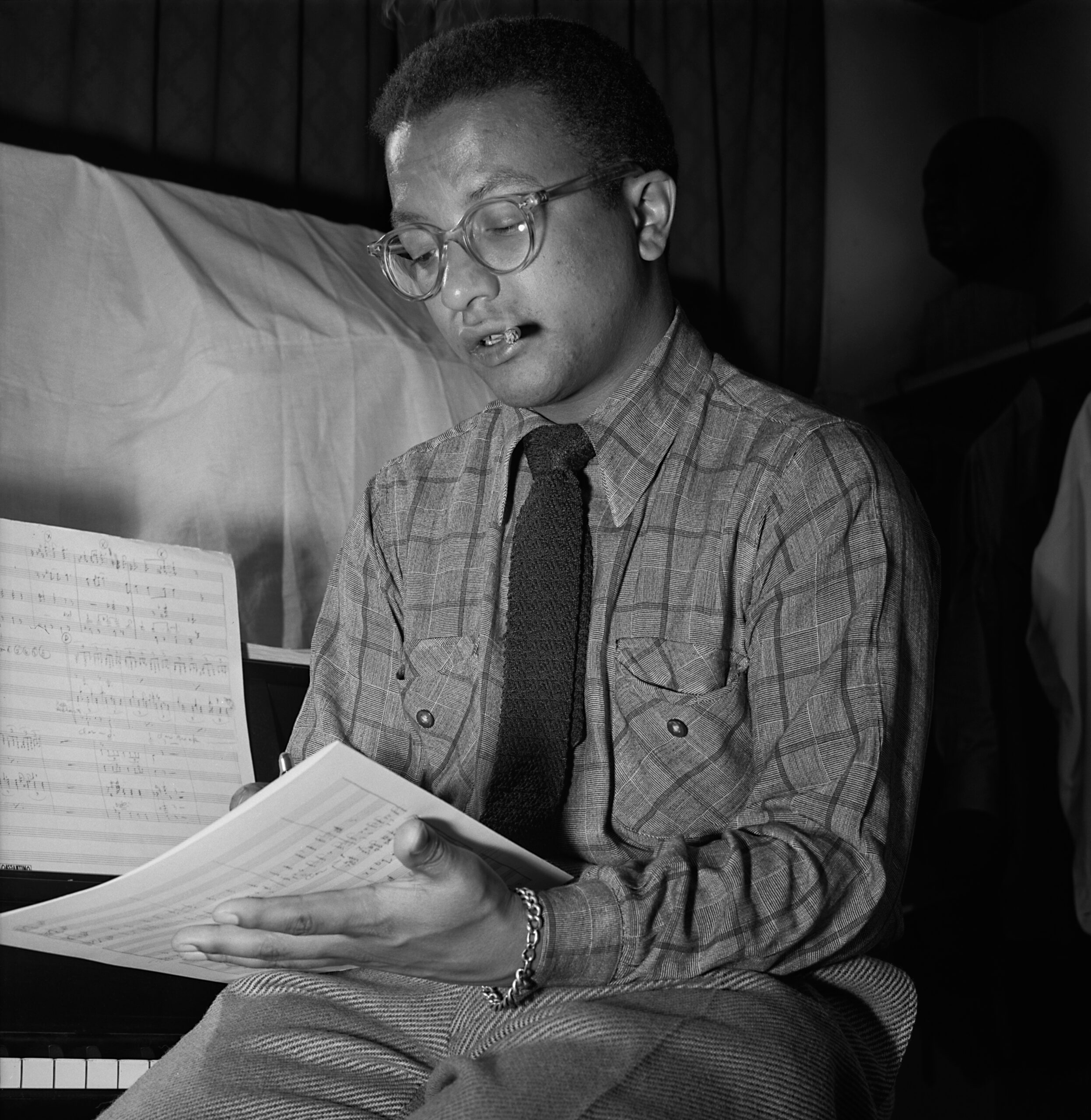 Billy Thomas Strayhorn was a black gay composer and arranger who influenced the American jazz movement with his pioneering efforts. While largely unknown in his lifetime, his complex arrangements and classical components continue to inspire generations of jazz musicians. His work has been translated into French and Swedish.

Born on November 29, 1915, in Dayton, Ohio, Strayhorn joined his four older living siblings (four others died). His parents were Lillian Young Strayhorn and James Nathaniel Strayhorn. The family struggled financially. After living in several cities in Strayhorn’s early life, they settled in Pittsburgh, Pennsylvania in 1924. Strayhorn attended Westinghouse High School there as well as the Pittsburgh Musical Institute for piano lessons and classical music study. To help him escape his abusive father and to nurture Strayhorn’s budding musical talent, his mother sent him on extended visits to his grandparents’ home in Hillsborough, North Carolina.

When introduced to jazz, Strayhorn’s musical emphasis changed. In 1937, he started to compose in this genre and founded his first jazz group. One year later, he became a protégé of Duke Ellington after meeting the renowned musician and composer in Pittsburgh. He remained with Ellington for the next 25 years in the roles of composer, arranger, and pianist.  Between 1939 and 1967, Strayhorn created up to forty percent of the Ellington Orchestra’s material including the band’s most well-known song, “Take the A Train.” Strayhorn toured internationally with the Ellington Band and lived for a brief time in Paris. He made his permanent home in Manhattan in New York City. Throughout his adulthood, he lived as an openly gay man.

Despite his collaboration with Ellington on numerous pieces, Strayhorn’s contribution largely went unattributed and uncompensated. The situation changed somewhat in 1946 when Strayhorn earned the Esquire Silver Award for Outstanding Arranger. He and Ellington received equal credit for the song, “Drum is a Woman” (1957). Strayhorn played to a sold-out theater at the New School of Social Research in New York City in 1965 in his one and only solo concert. “Chelsea Bridge,” “Day Dream,” “Johnny Come Lately,” and “Clementine” are among his most acclaimed pieces.

Strayhorn’s classical background helped him to write longer, more complicated compositions containing music, narrative, and choreography. With Ellington, he co-wrote the ground-breaking musical, “Jump for Joy.” Sporting an all-black cast, this satirical critique of racism opened in Los Angeles in 1941 and then played at Carnegie Hall in 1943. Another composition, “My People” (1963), was performed by the Ellington Orchestra at the Negro Exposition in Chicago. Dedicated to Dr. Martin Luther King, Jr., this was part of Strayhorn’s contributions to the civil rights movement of the 1960s.

Strayhorn died of esophageal cancer at age 51 on May 31, 1967 in New York City in the arms of his partner, Bill Grove. Ellington established a scholarship fund in his name at the Juilliard School of Music, and the State of Pennsylvania placed a State Historical Marker at his high school spotlighting Strayhorn’s many accomplishments.