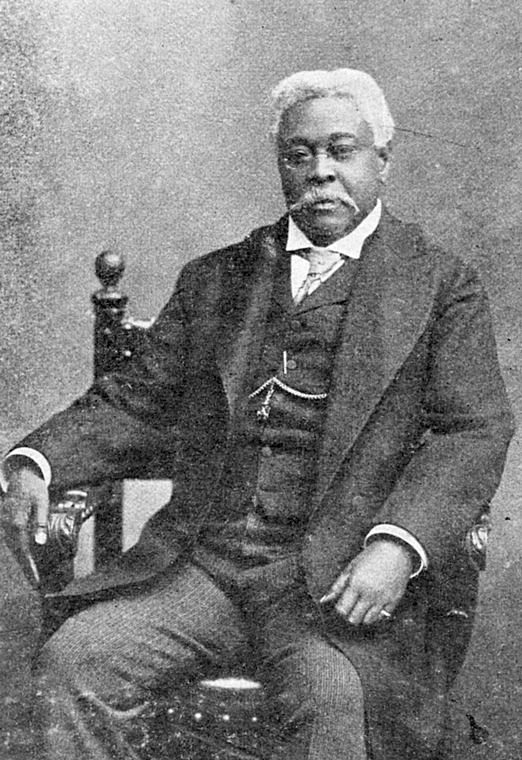 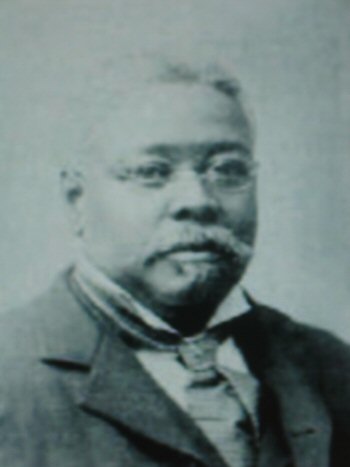 David Augustus Straker, author, lawyer, and politician, was born and raised in Bridgetown, Barbados, where he achieved success as a teacher and principal at St. Mary’s Public School.  In 1868, he moved to Kentucky, where he taught at a freedman’s school for one year.  He entered Howard University in 1869, graduating two years later with a degree in law.

Straker returned to Kentucky but when he was unable to find work as a lawyer, he took a position as a postal clerk.  During this time he married Annie M. Carey and authored numerous editorials for Frederick Douglass’s New National Era, gaining him national exposure.  In 1875, he resigned his postal position to join a law firm in Charleston, South Carolina, where he and his wife relocated.

A staunch Republican, Straker was first elected to public office in November 1876 as the Orangeburg County Representative in the lower house of the state legislature.  Redeemer Democrats, however, refused to seat him and his fellow Republicans the following year as they anticipated the end of Reconstruction in the state.  Undeterred, Straker continued to run for office and was reelected by the citizens of Orangeburg County in 1878 and 1880 even as the Democrats continued to deny him his seat in the legislature.

In protest, Straker and law partner Robert Brown Elliot, a former South Carolina Congressman, led a black delegation to Washington, D.C. to meet with President James A. Garfield about the political discrimination and voting irregularities under South Carolina Democrats.  Although Garfield was assassinated before he could respond to their protests, Straker earned a national reputation as a fearless civil rights leader.  He waged one more campaign for office in South Carolina, an unsuccessful bid for lieutenant governor in 1884. After that defeat and in response to growing racial animosity in the state, Straker moved to Detroit, Michigan in 1887.

After opening his Detroit office, Straker began lecturing on racial politics in the “New South.”  Though notable for exposing the deplorable antics of Southern Democrats, he also became involved in the local struggle for civil rights.  In 1890, he successfully argued a civil rights case, Ferguson v. Gies before the Michigan Supreme Court.  The Ferguson decision outlawed separation by race in public places and was often later cited in subsequent cases challenging Jim Crow legislation.

After his victory, Straker forged alliances with some of the most ardent supporters of civil rights for African Americans, including W. E. B. Du Bois.  He was elected as a judge in Wayne County, Michigan in 1893 and served as the founding president for the National Federation of Colored Men in 1895.

Straker also authored five books including the influential The New South Investigated (1888), which forcefully exposed the racist policies of the Redeemer Democrats who overthrew Reconstruction a decade earlier.

David Augustus Straker died of pneumonia at the age of 66 on February 14, 1908, in Detroit, Michigan.