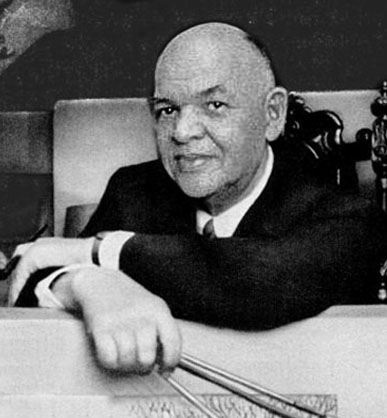 Elmer C. Stoner, also known as E. C. Stoner, was an American artist that worked as a commercial illustrator. He is best known for his work creating the artwork for the “Mr. Peanut” mascot for the Planter’s Peanut Company.

Stoner was born on October 20, 1897 to George W. Stoner and Mary Alice Stoner in Wilkes-Barre, Pennsylvania. He was the first of five children, however, only three children survived past childhood. Stoner’s father worked as a sexton at St. Stephen’s Episcopal Church. It was common in Wilkes-Barre for children to stop attending school at the age of eleven to go to work and help support the family, so in 1909, Stoner began working at a the local five-and-ten-cent store in town as a stock boy. The store was owned by Fred Morgan Kirby, a wealthy man that would continue to help the Stoner family throughout Elmer C. Stoner’s life.

It was during his time at the five-and-ten-cent store that Stoner began to utilize his artistic abilities and grew interested in lettering, sign-making, and advertising. He would practice his skills doing freelance jobs for other businesses as well as his workplace, working as a sign-painter and graphic designer.

In 1916, a local peanut company called Planter’s hosted a competition to create their mascot. A fourteen-year-old boy named Antonio Gentile won and Stoner created the art for the Mr. Peanut logo from Gentile’s doodle, adding a top hat, monocle, and cane.

In 1918, Stoner reported for his draft registration in World War I, however it is not believed that he ever fought in the war. This is because he is recorded by the United States Census attending school in 1919. He attended the Pennsylvania Academy of Fine Arts from 1919 to 1922. His tuition was likely paid by Fred Kirby, who was his family’s benefactor at the time.

After school, Stoner married his first wife, Vivienne, in 1922 and they moved to the Harlem district of New York City, New York. There, some of Stoner’s work was included in the “Negro Artists” exhibit at the Harlem Public Library. Sadly, in 1924 Stoner’s father died, leaving him a modest inheritance. Using that money, Elmer C. Stoner and his wife moved to Greenwich Village where he purchased her a gift shop and he flipped houses. In 1927 Stoner and Vivienne ended their marriage.

In 1930, Stoner illustrated a children’s book Mic Mac on the Track by Z. K. MacDonald. In 1933, Fred Kirby was producing magazines that sold at his stores, one of which Stoner was on the art staff for. In 1936, he painted the cover art for both of the issues of The Witch’s Tales. In 1939 he illustrated the children’s book, Seeing the World’s Fair, and helped create the Railroads at Work exhibit that was shown at the world’s fair. Over the course of the next decade he married his second wife, Henriette, and worked as a penciller and an inker at a few comic companies.

During World War II, Stoner and other artists volunteered with the United Service Organizations. They would sketch recovering soldiers and send the pictures back to their families back home as a morale boost.

After the war, in 1948, Stoner founded the Gould-Stoner company and produced a children’s activity book called Christmas Play Book. From 1948 to 1951 he drew for a comic strip titled Rick Kane, Space Marshal. In 1950 he painted calendars for the Pennsylvania Railroad Company.