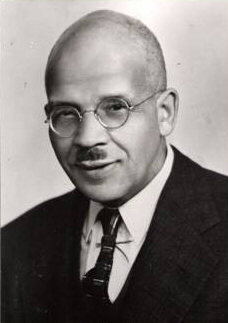 Frank A. Stokes was a black Spokane pioneer, an entrepreneur, a custodian for Spokane’s Old National Bank, and a member of one of Spokane’s first black churches, Bethel AME.  In 1919, he helped organize Spokane’s National Association for the Advancement of Colored People branch. For thirty years, Stokes was an executive officer in the local branch, serving continuously as either secretary or treasurer.  He was also active in all NAACP sponsored social programs and involved in getting the organization a seat on the Spokane Health and Welfare Federation [Community Chest].

During the 1940s, Stokes represented the NAACP by serving on the multi racial and ethnic Spokane Committee for Race Relations (SRCC).  The SRCC investigated and mediated cases involving racial discrimination in housing, employment, and public accommodations throughout the city and in the Inland Northwest.

In 1949, the Spokane NAACP held a banquet to celebrate its 30th anniversary.  At the conclusion of the banquet, on behalf of the NAACP, the organization’s president, James Chase, presented an electric clock to Stokes.  Inscribed on its gold plate: “Mr. F.A. Stokes–30 years service–Spokane NAACP, 1949.”  The banquet thus provided closure to decades of civil rights activism.  The Stokes tribute symbolized the community’s commitment to fighting discrimination.

On October 27, 1950, Stokes passed away.  In March 1951, shortly after his death, the Spokane NAACP branch honored Stokes’s memory, establishing a college scholarship fund that bore his name.  The Stokes Scholarship provided academically deserving African Americans within the community the opportunity to attend college.