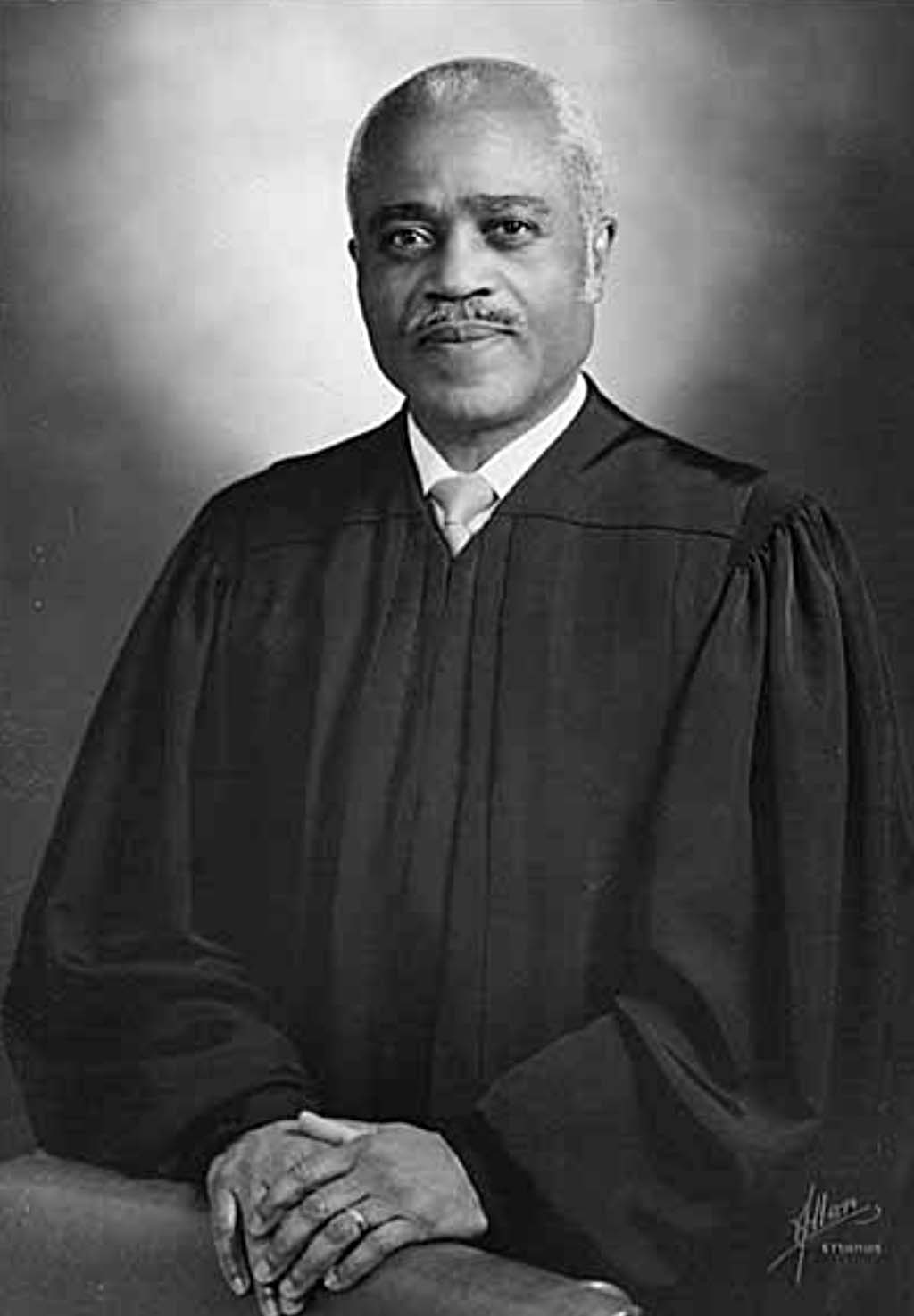 Charles Moorehead Stokes, one of three sons of Rev. Norris Jefferson Stokes and Myrtle Garner Stokes, was born on February 1, 1903 in Pratt, Kansas. He graduated from the University of Kansas Law School in 1931 and soon after opened his law practice in Pratt but later moved to Topeka to serve as an assistant attorney for the Kansas Commission of Revenue and Taxation.

Stokes said he became a Republican as a young man because he father was and always reminded him that Lincoln freed the Slaves, while the Democrats were the Confederacy at the time.  He said he became a lawyer to have a skill so that he would not be broke and dependent upon the charity and benevolence of others, like his father had been as a minister during the Depression and Jim Crow eras.

Charles M. Stokes moved his law practice to Seattle in 1943.  When Stokes arrived in Seattle, the state had fewer than five black attorneys. He also served as vice president of the Young Republican National Federation.

Stokes’s long career in electoral politics began in 1950 when he ran successfully for the Washington State Legislature. Upon his election, he became the third African American to sit in the legislature (after William Owen Bush of Olympia and John H. Ryan of Tacoma) but he was the first African American to represent the predominately black 37th District in Seattle.  Stokes was re-elected in 1952 and 1956.  In 1952, he spoke from the platform of the Republican National Convention on behalf of General Dwight D. Eisenhower’s candidacy.  Eight years later, he headed the Nelson Rockefeller Washington State Presidential Primary campaign.

Stokes introduced the bill for a state lottery in 1957 and in the same year co-sponsored the Civil Rights Omnibus Bill which helped place Washington in the forefront of civil rights recognition and enforcement in the 1950s. During his three-year term in the state legislature, Stokes was named outstanding freshman GOP House member from King County. He received a standing ovation from the legislature when he spoke on the willingness of black people to fight in the Korean War despite Paul Robeson’s stance against the war. The speech was aired on the Voice of America.

Stokes was also an entrepreneur. In the late 1950, Stokes organized a group of friends to form KZAM, Seattle’s first black owned radio station which went on the air in 1961 and continued to broadcast until 1964. The station featured such notable northwest radio pioneers as jazz aficionado Bob Summerise, and Fitzgerald Beaver, who later founded The Facts newspaper. In 1968, Stokes organized another group to form the Liberty Bank, Washington State’s first black owned bank.  The bank was absorbed into the Evergreen Bank in 1988.

Charles Stokes was appointed to the King County District Court, becoming the first black jurist at the district court level. He was re-elected to the court three times.  That same year he became one of the founding members of the Loren Miller Law Club, the Seattle based African American National Bar Association affiliated chapter.  In 1994, he was elected to the National Bar Association Attorneys Hall of Fame in 1994.

Judge Charles Stokes, a founding member of Alpha Omicron Boule of Sigma Pi Phi fraternity, died on November 25, 1996 in Seattle.  He was 93. Two years later an overlook in the Sam Smith Park on the I-90 Freeway in Seattle was named in his honor.