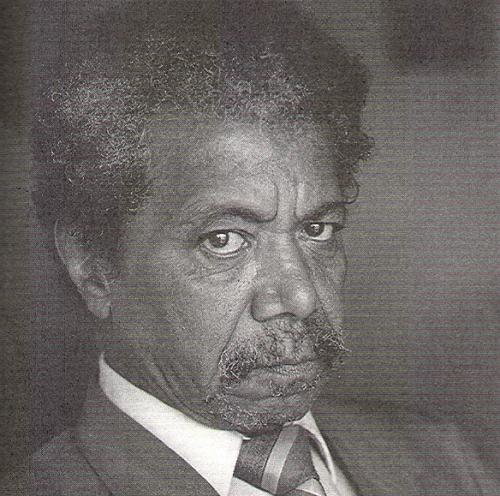 Eldrewey Joseph Stearns, political activist, and student organizer was born in Galveston, Texas, on December 21, 1931, to Devona and Rudolph Stearns. He spent his formative years during the 1930s and 1940s in San Augustine, Texas, but returned to Galveston in 1945 and graduated from Central High School in 1949. Shortly after that, he enrolled at Texas Southern University, but after two years, Stearns was drafted into the United States Army.

In the summer of 1960, students at Texas Southern University (TSU) joined the student protest movement that began with the sit-ins in Greensboro, North Carolina, on February 1, 1960. The TSU students targeted several stores near the Texas Southern University campus, which discriminated against African Americans. In response to their demonstrations, many stores closed their segregated lunch counters rather than integrate.

In response, TSU students organized the Progressive Youth Association (PYA) and chose Eldrewey Stearns as its first president. With Stearns at the helm, this organization escalated the demonstration activity, targeting several downtown stores for the first time and the Houston City Hall Cafeteria. After successfully integrating these facilities, Stearns and the PYA desegregated the Continental Bus Terminal and the Houston Police Department cafeteria. They also challenged employment discrimination through demonstrations and thus opened jobs for African Americans at drugstores, service stations, and banks in the black sections of Houston. Stearns and the PYA, however, were not as successful in desegregating movie theaters and Union Station, the railroad terminal.

By the fall of 1961, most facilities in downtown Houston had been desegregated, but only after hundreds of students had been arrested and had fines levied against them. Stearns was among those arrested during the protests.

Stearns’s life took a tragic turn despite his leadership of this successful protest campaign. He became an alcoholic and eventually was confined to a mental health facility at the University of Texas at Galveston. In 1984 Stearns, assisted by historian Thomas Cole, wrote and published his autobiography, No Color is My Kind. Eldrewey Stearns passed away on December 23, 2020. He was 89 years old.

Thomas Cole, No Color is My Kind (Austin: University of Texas Press, 1997).