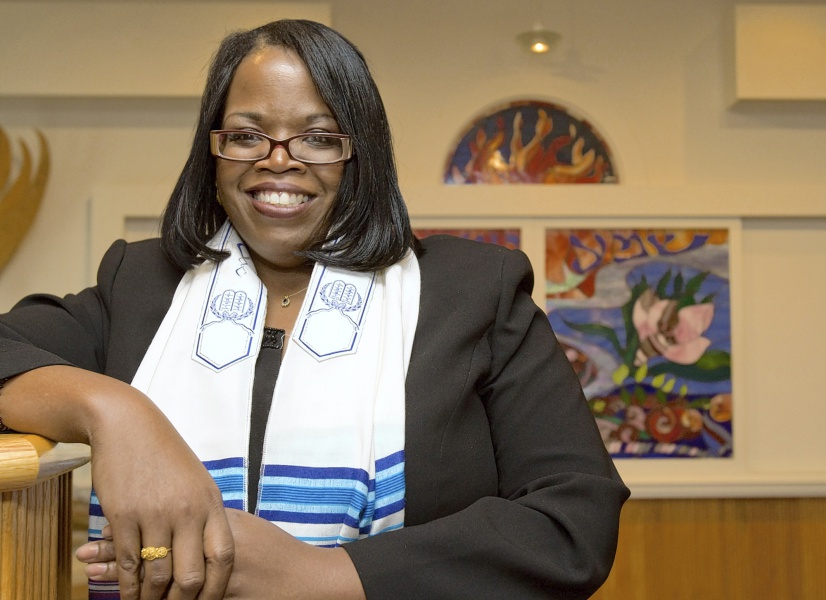 Alysa Stanton is the first ordained African American female Rabbi in the United States.  Stanton was born in Cleveland, Ohio on August 2, 1963, and was raised in a Pentecostal Christian home. When she was 11 years old, the family moved into a Jewish community in Cleveland Heights, Ohio.  Her mother invited her to explore all religions and by the age of 11, she was asking to say prayers in Hebrew at the synagogue in Cleveland Heights. She attended sometimes with her uncle.

Stanton first converted to Judaism in 1987, at the age of 24 while studying at Colorado State University. She earned her BA in Psychology in 1988, an MA in Education in 1992 at that institution and received a professional counselors license in 1998.

Her first career was as a psychotherapist, specializing and grief and trauma. Stanton was a first responder to Columbine High School in Littleton, Colorado after the massacre there in 1999. Her attentiveness and kindness through the ordeal was widely praised and because of that experience she began to look for other ways to reach out to people and support them through their trials. In 2002, Stanton chose to become a mother, adopting a 14-month-old girl she named Shana.

Stanton had been seeking ways to increase her work in the synagogue she attended but in the process realized most leadership positions were not available to women. When she finally saw a female cantor, she made the decision to further her studies in seminary.  Stanton began her spiritual journey at Hebrew Union College in the Jewish Institute of Religion in 2002. During her tenure she studied at the main campus in Cincinnati, Ohio and at the campus in Jerusalem, Israel. She also had a summer internship with a small Jewish congregation in Dothan, Alabama. Although her arrival was shocking to many in the small town, her warm nature quickly won over the congregants.

Stanton was ordained in June of 2009, and became the leader of Congregation Bayt Shalom in Greenville, North Carolina, a predominantly white congregation. She is the synagogues first non-white rabbi. In 2011, the congregation decided not to renew Stanton’s contract, so that she could pursue other areas of her faith.