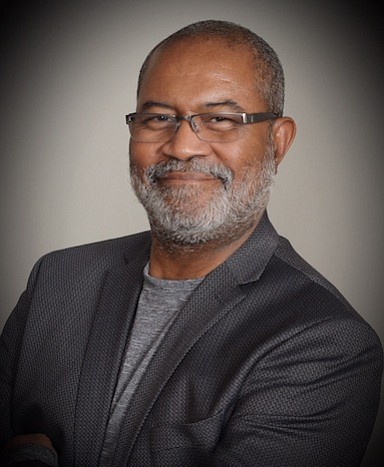 Ron Stallworth was the first African American police officer and detective hired by the Colorado Springs Police Department. He also holds the distinction of being the only African American “member” of the Ku Klux Klan (KKK).

Stallworth was born on June 18, 1953, in Chicago, Illinois, but was raised in El Paso, Texas. He graduated from Austin High School in 1971. The family moved to Colorado Springs, Colorado in the summer of 1972. He became a cadet in the Fort Carson, Colorado police department on November 13, 1972.  He became the first African-American member of the Colorado Springs police department and was sworn in on June 18, 1974, his twenty-first birthday.

Ron Stallworth spent two years in uniform before becoming the youngest undercover agent in the department. He received his first assignment in April 1975 when former Black Panther Party leader Stokely Carmichael (Kwame Ture) came to speak at a local nightclub. He attended the meeting and spoke briefly with Carmichael afterwards. Stallworth later worked in the intelligence department and in the narcotics division as a detective.

In October of 1978, Stallworth saw an ad in the local Colorado Springs newspaper stating that the Ku Klux Klan was starting a new chapter and looking for members. He subsequently learned that a soldier stationed at nearby Fort Carson placed the ad.  Stallworth sent a letter to the post office box listed and included his office telephone number, but he mistakenly signed his real name to the letter, thinking nothing would come from it.  On November 1, 1978, two weeks after sending the letter, Stallworth received a call and was invited to join the KKK.  When asked to come to a meet and greet, Stallworth had to use a white undercover officer to take his place. While waiting for his application to come through, Stallworth contacted a regional KKK office and spoke directly with David Duke, the Grand Wizard of the Ku Klux Klan.

On January 10, 1979, Stallworth was assigned to protect David Duke during his visit to Colorado Springs. During the meeting, he asked Duke to take a picture with him because no one would believe that he was Duke’s bodyguard. Just before the photo was captured, Stallworth put his hands on the shoulders of Duke and another Klansman. Duke tried to take the photo, but Stallworth threatened to  charge him with assaulting a police officer. The investigation KKK lasted nine months and identified many local Klansmen as soldiers, including two who were stationed at the North American Aerospace Defense Command (NORAD), the central facility near Colorado Springs, as well as high-ranking government officials.

When the investigation was closed, Ron Stallworth transferred to the Utah Department of Public Safety, working as an investigator. He retired in 2005 and gave his first interview about infiltrating the KKK.  He had kept the story a secret for twenty-seven years. In 2014, Stallworth wrote Black Klansman about his undercover experience.  The film adaption of the book was called BlacKkKlansman. In May 2018, it debuted at the Cannes Film Festival in France and won the prestigious Grand Prix Award. The film was released on August 10, 2018 and won an Academy Award for best adapted screenplay.

Stallworth currently lives with his second wife, Patsy, in Utah.