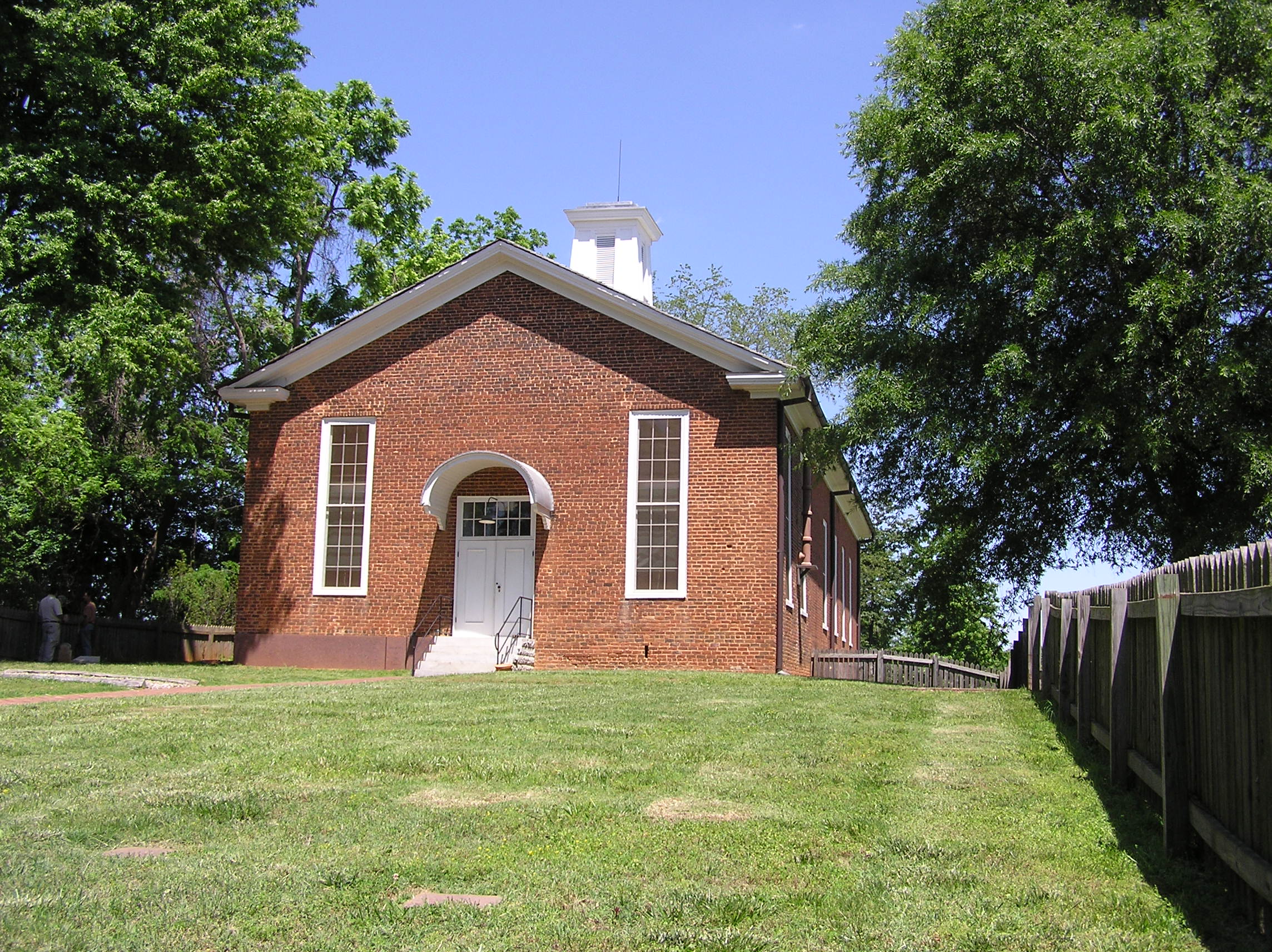 The Moravians were a Christian sect established by immigrants from the Moravia region of what is now the Czech Republic. The Moravians, persecuted in Europe, came to North America in the early 18th Century and by 1753 a group had settled in western North Carolina. The Moravians, perhaps because of this persecution, focused less on race and more on creating a pious community.

In 1861 the congregation consecrated a new, much larger building. The new edifice, built in the classic brick style common to North Carolinian churches at the time, was able to accommodate a growing community. Four years later, in 1865, Reverend Clark, a chaplain in the Union Army, read the Emancipation Proclamation to the St. Philips congregation from the newly christened pulpit.

In 1890, the church was expanded to add seating room in the balcony and classroom space in the basement. In 1914, in response to decades of being called the slave church or later the Moravian Negro congregation, the congregation officially adopted the name, St. Philips Moravian.

St. Philips Moravian would remain at the same location for 38 years until 1952, when it moved three times over the next 15 years. First, the church moved into a community house until a new chapel was built. The new building, however, was constructed on land that would soon become US Highway 52, forcing another move to the recently vacated Bon Air Christian Church in 1967. Church services are still held at this location today.

The Old Salem Museum and Gardens turned St. Philips Moravian’s old grounds into an exhibit. The Museum reconstructed the original 1822 log church, restored the 1861 edifice, and continued to maintain the historic African American cemetery that predated the log church structure.   In 2010, in an attempt to heal old wounds dating back to the forced separation of the black Moravians, the Salem Congregation, a group of Moravian churches in the Winston-Salem area, approved the membership of St. Philips’ Moravian in its body.