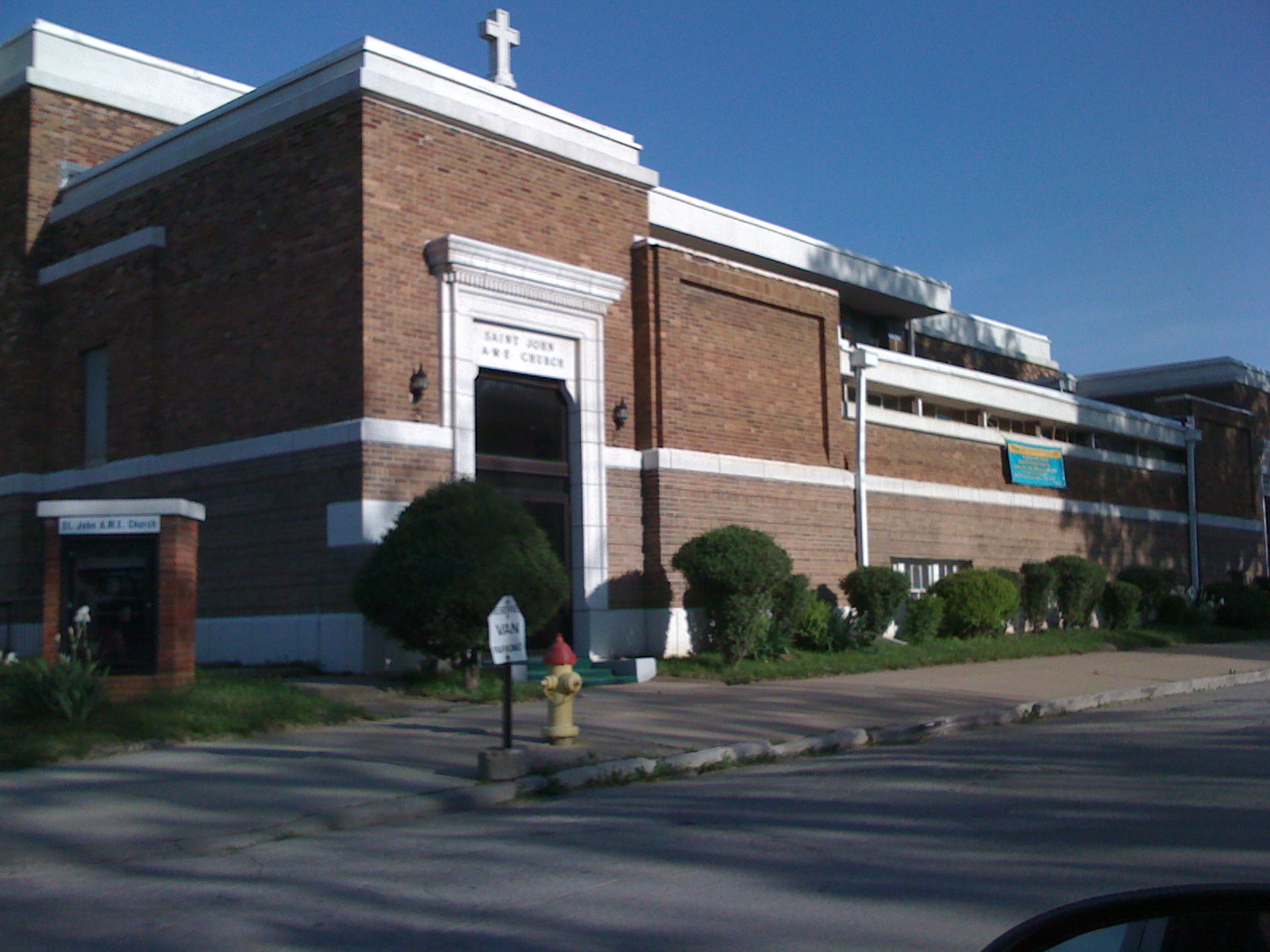 The St. John African Methodist Episcopal Church (“St. John’s AME”) was first organized in 1865 in North Omaha, Nebraska Territory, with an initial membership of five people. Two years later, at about the time Nebraska was admitted to statehood, the congregation built its first church.  The church building was designed by Clarence Wesley “Cap” Wigington, one of only 59 African American architects, artists, and draftsmen in the country at that time.  Wigington also designed other churches, as well as the second St. John African Methodist Episcopal Church building.

The church prospered for five years after under Rev. W.T. Osborne, the first African American minister assigned to work in Nebraska. Despite its limited accommodations and unfinished appearance, the building at that time had its framework with board floors, but lacked plastered walls, the church hosted the Annual AME Conference in 1884. The church continued to grow, and in 1908 Rev. William Dyett oversaw the expansion of the building, including adding a new brick front at its location at 18th and Webster Streets.

After its membership grew to 390 members in 1918, the church moved to a second building on 24th and Grant Streets in North Omaha. Four years later an even larger membership necessitated a move to a third building.  The construction of that new building began in 1922, but because the congregation did not want to take out a mortgage it took many years for the building to be completed.  Waiting for the necessary capital to be acquired for each step in the process, additions to the new edifice grew slowly, until completion in 1943. During much of that 21-year construction period, the church’s worship services were held in the basement.

In 1947 St. John’s AME began using its community center auditorium for services. In 1956 the church’s auxiliary meeting rooms were finally finished. The third edifice of St. John’s AME was designed in a Prairie School style by local architect Frederick S. Stott. Due to its unique architectural characteristics the Prairie School style of building is quite rare, so in 1980 the church got listed in the National Register of Historic Places. This building currently serves its congregation on North 22nd Street.

St. John’s AME has been involved in progressive community projects, including the federally funded housing project “Good Neighbor Homes,” which provided homes for 120 families. The church has also been used as a meeting place for the NAACP Youth Council, anti-apartheid rallies, and other community organizations.

Although St. John’s AME has faced high levels of debt that slowed its growth, over time various upgrades to the church have been made. The church celebrated its 146th anniversary in 2011, and as part of the celebration a community garden tended by church members and local residents was established adjacent to the church.  The current pastor, Rev. Clifton Neal, leads St. John’s AME in planning for additional building improvements and expanded community services.