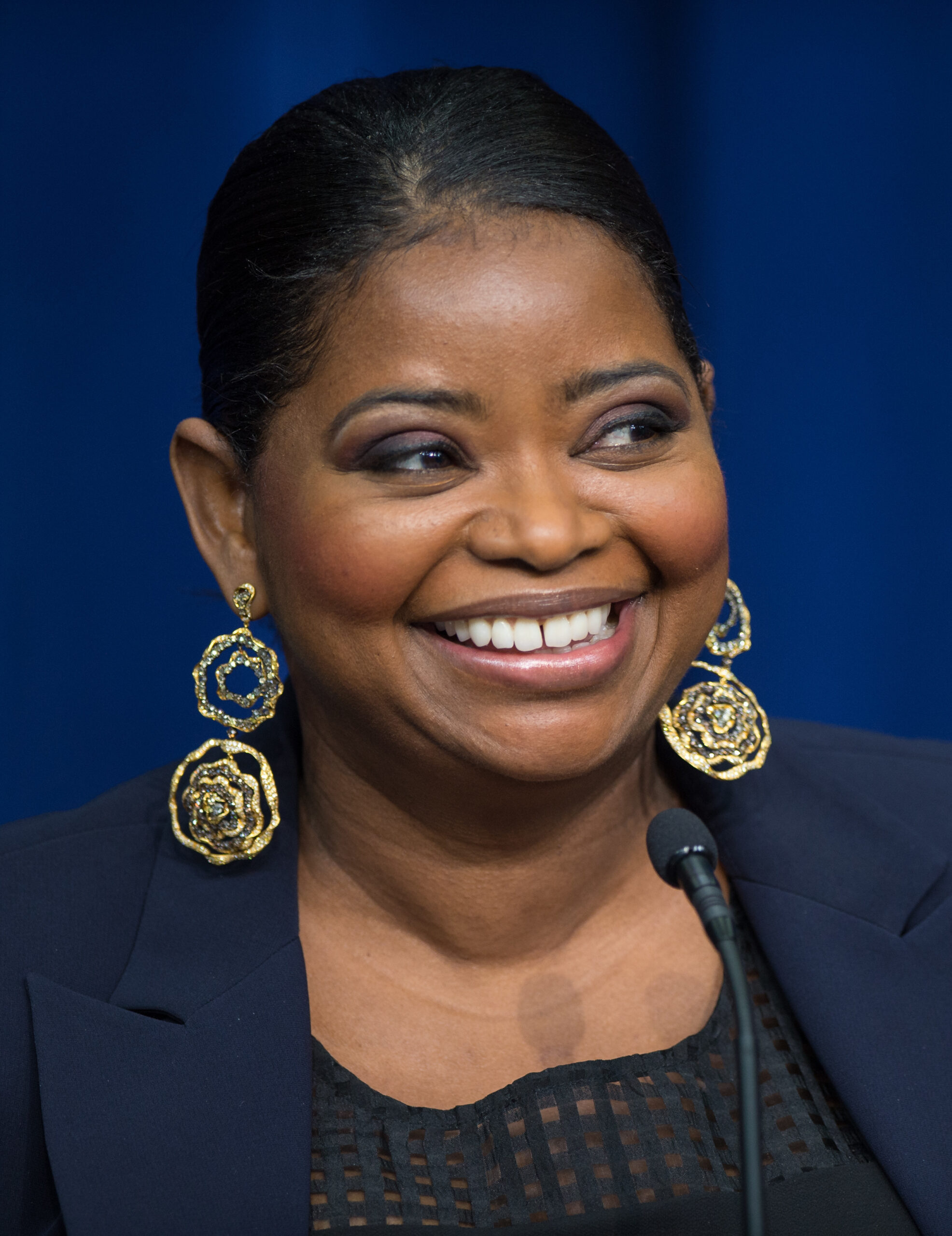 Award-winning actor Octavia Lenora Spencer was born on May 25, 1970, in Montgomery, Alabama. Her mother, Dellsena Spenser, raised her seven children alone, relying solely for support from a modest maid’s salary. Spencer attended her local public elementary school and graduated from Jefferson Davis High School in 1988. She began her studies in drama at Auburn University of Montgomery, from 1988 to 1989 and then transferred to Auburn University (Auburn) to study Liberal Arts. She graduated from Auburn University with a bachelor’s degree in 1994.

Spencer began working behind the camera on movies that were filmed in Alabama. At the age of nineteen, she obtained a job as an intern on the movie, A Long Walk Home, featuring Whoopie Goldberg. Spencer was given a role in the movie, The Sixth Man, which she reluctantly took, as she had had no formal acting training. When given a copy of the film, and seeing that all her scenes were cut, Spencer immediately enrolled in acting classes and studied dutifully for the next three years. She made her film debut in the 1995 movie, A Time to Kill, based on the John Grisham book, starring Samuel Jackson and Sandra Bullock.

Spencer moved to Los Angeles, California, in January 1996 to pursue a professional acting career.  In 2003 she made her stage debut in The Trials and Tribulations of a Trailer Trash Housewife. That career was short lived, as Spencer discovered she suffered from terrible stage fright. She was listed as “One of the 25 Funniest Women in Hollywood” in 2009 by Entertainment Weekly.

Over the last decade, Spencer has appeared in several movies, including Big Momma’s House, Spider Man, Bad Santa, Blue Streak, S.W.A.T, and the Divergent series, just to name a few. Additionally, she has held roles in several TV shows, some recurring such as E.R., Ugly Betty, and Red Band Society. In 2012 Spencer received a BAFTA award, an NAACP Image award, a SAG award, and a Golden Globe award, among countless other honors for Best Supporting Actress for her role in The Help as maid Minnie Jackson. Later the same year, Spencer was invited to join the Academy of Motion Picture Arts and Sciences.

Spencer has broadened her spectrum to author, bringing her character, Randi Rhodes, Ninja detective to life in a youth book series. The Case of the Time Capsule Bandit was released in 2013, and The Sweetest Heist in History was released in 2015. Most recently, Spencer voiced Mrs. Otterton in the 2016 animated film, Zootopia, and is featured as a main character in the January 2017 released movie, Hidden Figures, in which she depicts mathematician Dorothy Vaughn.