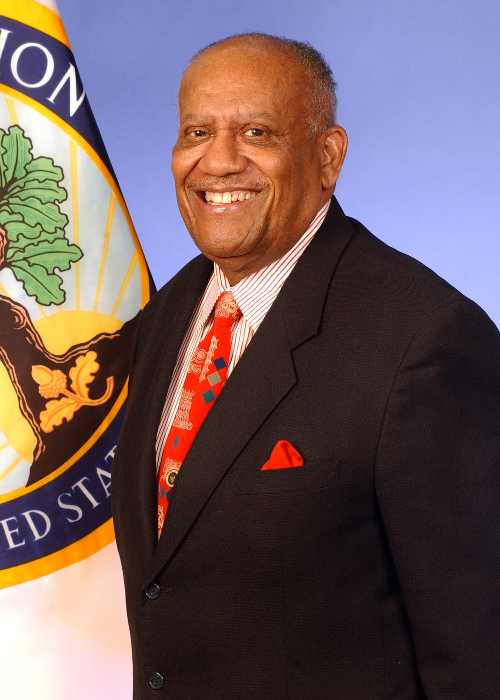 Dr. Leonard Hall O’Connell Spearman was the U.S. Ambassador to Rwanda and Lesotho. A native of Tallahassee, Florida, Spearman was born July 8, 1929. In 1947 Spearman graduated from Florida A&M College (now Florida A&M University), in Tallahassee, Florida, with a B.S. in biological sciences. He obtained his Master of Arts in 1950 from the University of Michigan in Ann Arbor, Michigan, in clinical psychology. Spearman remained at the University of Michigan and completed his Doctorate of Philosophy in 1960 in the same field.

From 1970 to 1979, Spearman worked at the U.S. Department of Health, Education and Welfare in the division that is now the U.S. Department of Education in Washington, D.C. His highest position with the department was as Associate Deputy Assistant Secretary within the office of Postsecondary Education. As Associate Deputy, Spearman oversaw the Federal Government’s Trio Programs which provided assistance to lower income people who wanted to attend college.  During his nine-year tenure he expanded the programs to assist more college and university students.

From 1980 to 1986, Spearman served as president at Texas Southern University. In 2003, because of Spearman’s years of academic service to Texas Southern, the university dedicated the Leonard Spearman Technology Building to the former ambassador.

On February 5, 1988, President George H.W. Bush nominated Spearman as U.S. Ambassador to Rwanda. Following U.S. Senate confirmation, Spearman presented his credentials on April 27, 1988. He served at the U.S. Embassy in Kigali until November 10, 1990.

On October 22, 1990, weeks before he finished his term as ambassador to Rwanda, President Bush selected Spearman to become U.S. Ambassador to Lesotho. Presenting his credentials on January 24, 1991 in Maseru, the capital of Lesotho, Spearman led the U.S. Embassy there until April 25, 1993.

He then moved to Abidjan, Côte d’Ivoire to direct for eight years (1993-2001) the nonprofit Rural Electrification Program for the African Development Bank.  He returned to Washington, D.C. to lead the White House Initiative on Historically Black Colleges and Universities from 2001 to 2005.  He was the first Executive Officer of the 20 year initiative who has previously served as an HBCU president.

On January 16, 2008, Dr. Leonard H.O. Spearman passed away following a stroke in Katy, Texas. He was 78. Dr. Spearman was married to Valeria Benbow Spearman for 57 years. They had three children.