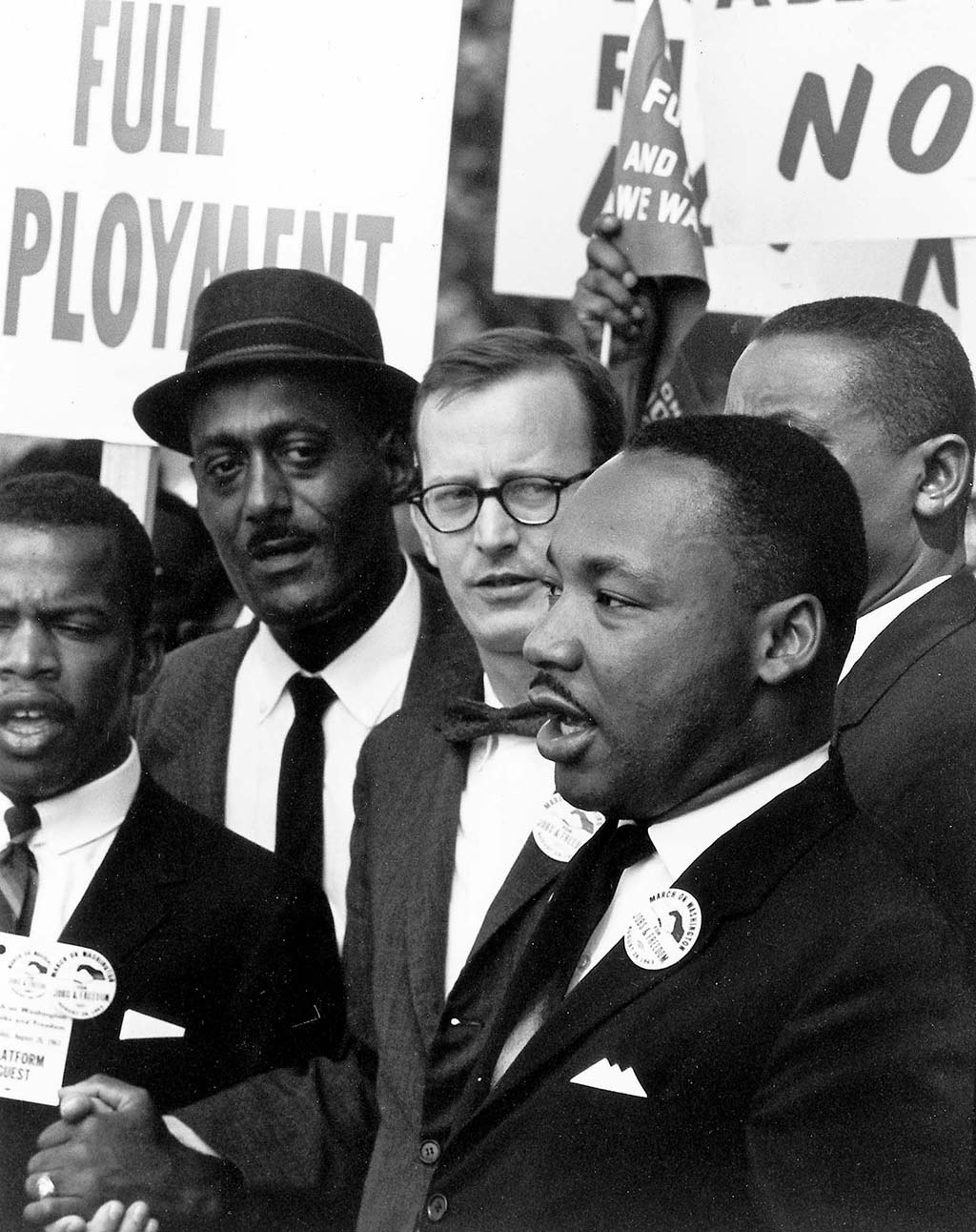 The Southern Christian Leadership Conference (SCLC) was created on January 10-11, 1957, when sixty black ministers and civil rights leaders met in Atlanta, Georgia in an effort to replicate the successful strategy and tactics of the recently concluded Montgomery, Alabama bus boycott. Rev. Martin Luther King Jr. was chosen as the first president of this new group dedicated to abolishing legalized segregation and ending the disfranchisement of black southerners in a non-violent manner. Later SCLC would address the issues of war and poverty.

The Southern Christian Leadership Conference struggled during its beginning, with only one full time staff member, but soon expanded with the student sit-in movement of 1960 and the Freedom Rides of 1961. During this time, the SCLC also received a foundation grant to take over the Highlander Folk School’s Citizenship Education Project and foundation money to finance voter registration work in the South.

In December 1961, the SCLC initiated its first direct action campaign in Albany, Georgia with a series of marches to protest segregation and discrimination. However, due to the lack of planning and tension with the rival Student Non-Violent Coordinating Committee (SNCC), the campaign was a failure. In 1963 SCLC claimed its first victory, the successful four month campaign in Birmingham, Alabama.  The Birmingham campaign, which produced Martin Luther King’s famous “Letter from a Birmingham Jail,” introduced Birmingham Police Commissioner “Bull” Connor and demonstrators being intimidated by dogs and high pressure fire hoses, and which in September included the killing of four girls in the bombing of the Sixteenth Street Baptist Church in September 1963, ultimately led President John F. Kennedy to call for a national civil rights act.  SCLC then continued to organize demonstrations in 1964 in St. Augustine, Florida, and in 1965 in Selma, Alabama.  The campaign in Selma led to President Lyndon Johnson’s support for the passage of the Voting Rights Act of 1965.

The financial difficulties the organization experienced during its earlier years was replaced by an annual income that exceeded $1.5 million and a full-time staff of about 200 people due to its success in Birmingham and Selma. In August 1965, after the riot in Watts (Los Angeles), SCLC shifted its focus to urban poverty in Chicago, Illinois, but for the next two years, it experienced failure and a steady decline in morale and discipline.

In late 1967, the Poor People’s Campaign (PPC) was launched to bridge the economic chasm between blacks and whites and address the continuing problem of poverty in the United States. A march on Washington was planned in 1968, but was overshadowed by the assassination of SCLC founder Dr. Martin Luther King on April 4, 1968 in Memphis, Tennessee.  The Poor People’s campaign collapsed despite an attempt to continue the effort by King’s successor, Rev. Ralph David Abernathy.

Nonetheless after King’s death, SCLC continued engaging and winning in voter registration and aiding protests in the South.  Although not as influential as it was during the 1960s, it is still active and tackling a broad range of human rights issues.  Martin Luther King III headed the organization between 1997 and 2004.  In October 2009, Bernice King, daughter of Dr. Martin Luther King was selected to head SCLC.  She is the first woman to hold the post.