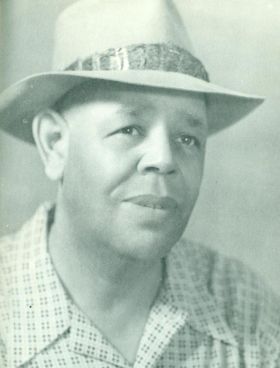 Nolle Smith, cowboy, politician, diplomat, was born on his parents’ ranch in Horse Creek, Wyoming in 1888 but grew up in Cheyenne where he graduated as valedictorian of his high school class at Cheyenne High School in 1907.  The son of a white father and African American mother, Smith attended the University of Nebraska where he studied engineering and math while playing football, and basketball and competing in track.  After graduation, Smith held engineering jobs briefly in Rock River, Wyoming and Denver, Colorado. In 1915, however, he was offered a job in Hawaii as an engineer with the Honolulu Department of Public Works. The following year he became Superintendent of Docks for Matson Navigation Company, a major shipping firm. In 1917 Smith married Eva Beatrice Jones, a childhood friend from Cheyenne who had moved to San Francisco, California.

In 1919 Smith established his own engineering and construction firm and obtained contracts for major projects throughout the territory.  Smith was also active in Republican politics and in 1928 he was elected to the Territorial Legislature.  He often addressed his constituents in their native language. After Smith left the Territorial Legislature in 1932, he became Hawaii’s Director of the Bureau of Research and Statistics and later Deputy Director of the Bureau of the Budget.

In 1942 Smith was appointed head of the Hawaii Civil Service and in that position instituted numerous reforms including removing Hawaii’s poll tax as a requirement for voting.  Four years later Smith accepted an appointment as Commissioner of Insular Affairs for the Virgin Islands.  In 1955 Smith accepted the first of a series of appointments with the United States Department of State that took him to Ecuador, Haiti and Brazil.  He retired from the State Department in 1963.  Nolle Smith died in Honolulu on February 9, 1982.