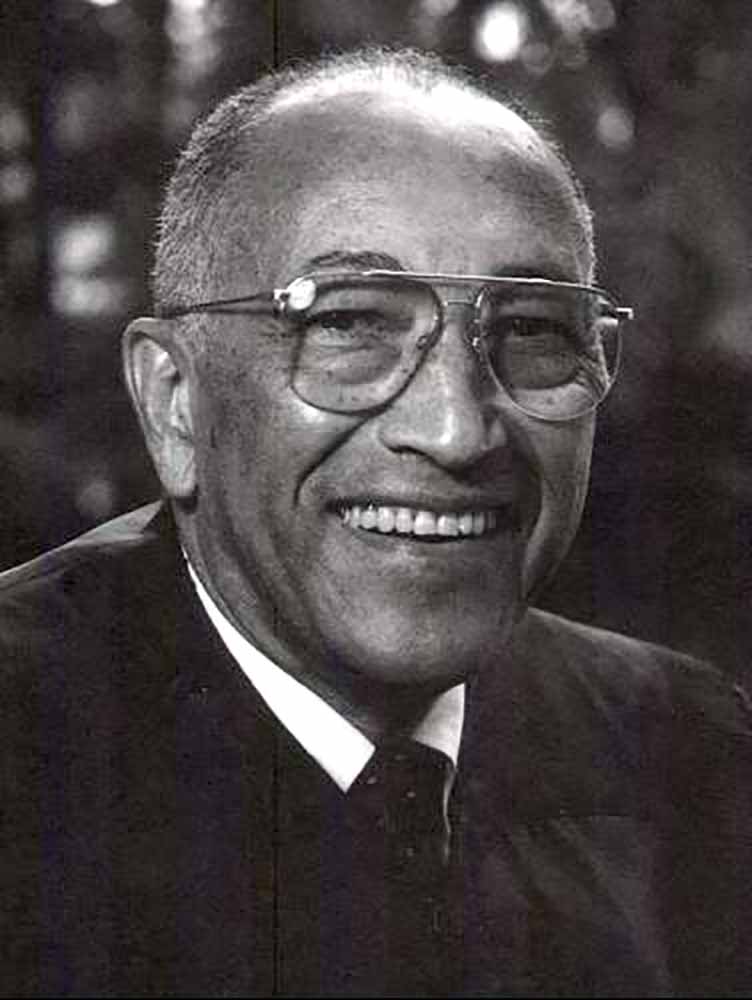 On July 18, 1988, Charles Z. Smith became the first African American to serve on the Washington Supreme Court.  He was appointed to the court by Washington’s then Governor Booth Gardner and was subsequently elected to his position on the court for a two-year term in 1988.  Justice Smith was elected thereafter to full six-year terms in 1990 and 1996.  Justice Smith was never opposed in any of his elections.  He retired from the court on December 31, 2002.

When Governor Gardner appointed Charles Smith to the Washington Supreme Court, he hoped that the new justice, who was noted for his “mediator-conciliator type of personality,” could bring the often sharply divided court closer together.  Justice Smith’s voting record on the court indicated that he met the governor’s expectations.  In his first two years on the court, Justice Smith wrote twenty-five opinions and of that number, eighteen were unanimous opinions, a percentage that far exceeded that of the full court.  During his entire career on the court, Justice Smith showed a tendency to be the swing vote in many cases and he rarely dissented.

Charles Z. Smith was born in Lakeland, Florida in 1927.  His father was Cuban.  His mother was African American.  He graduated from Temple University in 1952 and from the University of Washington School of Law in 1955.  His first employment, following graduation from law school, was as a law clerk for Washington Supreme Court Justice Matthew W. Hill (1955).  He, thereafter, served as a deputy prosecuting attorney for King County (1956-60) where he distinguished himself by successfully prosecuting labor leader Dave Beck.  Smith also served as a special assistant to United States Attorney General Robert F. Kennedy (1960-64) to investigate corruption related to Teamster Union pension funds.  Smith brought an indictment in Chicago, Illinois against Teamster Union President James Hoffa.  Charles Z. Smith resigned from the Justice Department to help Robert Kennedy run for the United States Senate from New York.

Justice Smith’s career includes service as a judge of the Seattle Municipal Court (1965-66) and as a judge of the King County Superior Court (1966-73).  He was the first African American to serve as a judge of either of those courts.  Following his service on the superior court, he became associate dean and professor of law at the University of Washington.  He retired in 1983 as professor emeritus.  Justice Smith was a news commentator for KOMO Radio and Television (1973-79) and retired from the United States Marine Corps Reserve with the rank of Lieutenant Colonel (1986).  He had prior service in the United States Army (1945-46).

Justice Smith has served in local, national, and international organizations concerned with religion, law, health, children and families, human rights, and cultural diversity.  He was appointed by President William J. Clinton on June 5, 1999, to the United States Commission on International Religious Freedom created by Congress in 1998 under the International Religious Freedom Act.  During his years at the Washington Supreme Court, he co-chaired, with Justice Charles W. Johnson, the Supreme Court Minority and Justice Commission.  After his retirement from the Supreme Court, Justice Smith continued to serve as co-chair of the commission.  He also served as moderator of the National Consortium of Task Forces and Commissions on Racial and Ethnic Bias in the Courts until May 1, 1999.  He chaired the American Bar Association Task Force on Minorities in the Judiciary, Judicial Division, until 1997.

Justice Smith was married since 1955 to Eleanor Jane Martinez.  They couple had four children.  On August 28, 2016, Charles Z. Smith died in Seattle, Washington. He was 89.