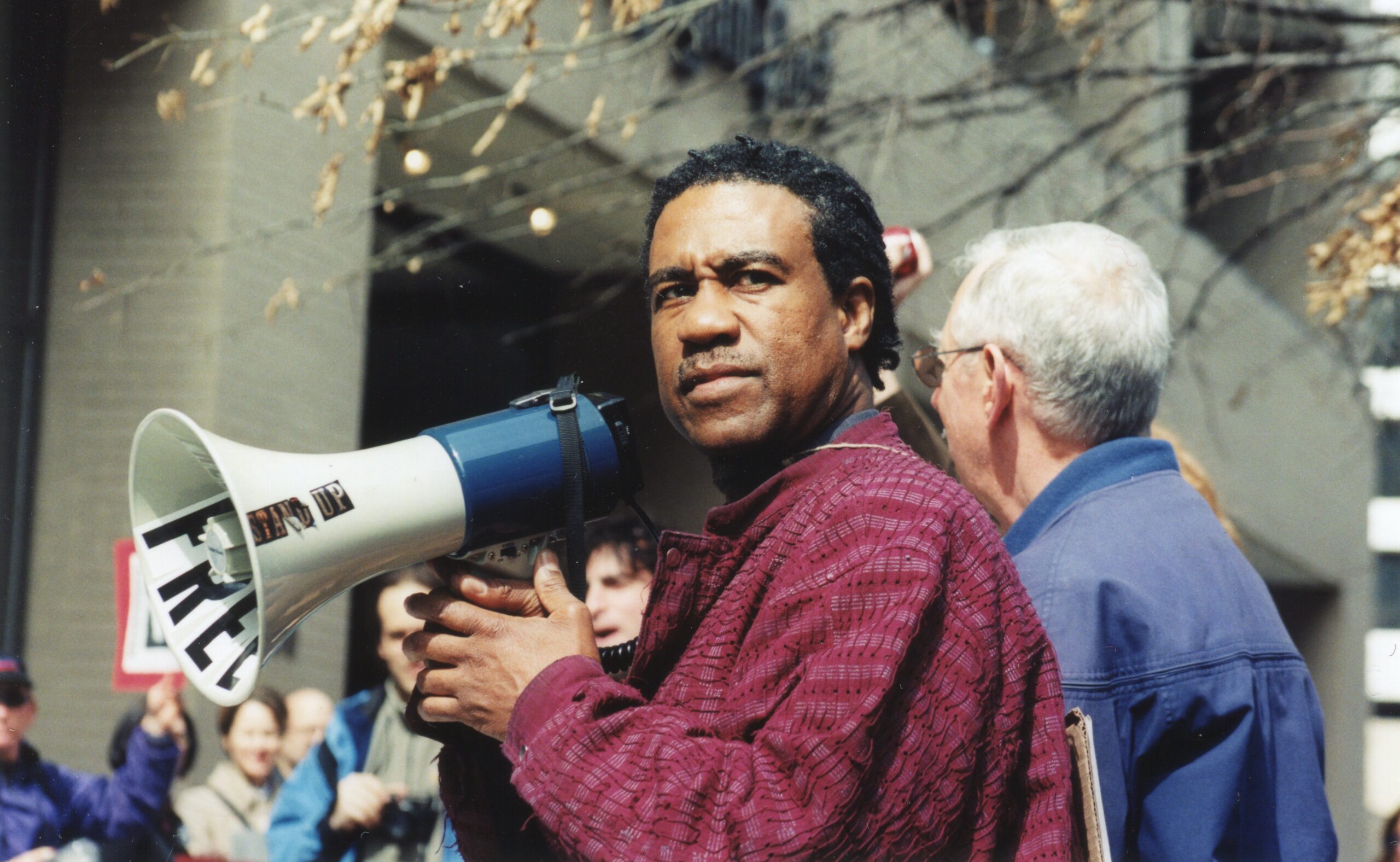 Leroy Wesley Smith was born in St. Louis Missouri on December 6, 1951, and became a late 20th Century social activist for justice. Son of a fireman and a licensed practical nurse, Smith spent his childhood growing up in a St. Louis housing project.  He participated in an after school program for disadvantaged male youth which gave him the opportunity to travel to Cairo, Illinois where he heard other activists and community organizers for the first time.  Impressed by their passion and their organizing skills, Smith was influenced to follow a similar path.

After graduating high school in 1970, Smith entered St. John’s University in Collegeville, Minnesota where he became the leader of The Organization of Afro-American Students.  Through this organization, Smith fought for a Black Studies program that would hire more black professors.

After leaving St. John’s University, Smith moved to Washington D.C. In 1974, he became involved in a number of local campaigns ranging from police brutality to nuclear weapons and war.  He was especially concerned about gun violence.  However, Smith was one of the first black activists to target environmental racism (the locating of toxic waste materials in or near African American neighborhoods) as a problem that needed to be addressed.  He also spoke out against US invasion of Iraq in the early 1990s.

He worked with a number of organizations including the National Alliance against Racial and Political Violence, the American Friends Service Committee, Greenpeace USA, National Black Independent Political Party, National Black Environmental Justice Network, and Black Voices for Peace for which he was the founder and co-chair.

Damu Smith was involved in activist work until the end of his life.  He died of colon cancer on May 5, 2006 in Washington D. C. at the age of 54.