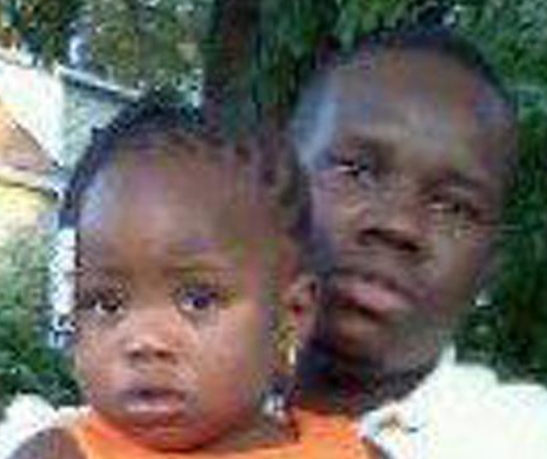 On December 20, 2011, police officer Jason Stockley shot and killed Anthony Lamar Smith after a short police chase that sparked protests, brought increasing attention to the issue of police brutality, and eventually led to the Black Lives Matter movement founded in 2013.

Anthony Lamar Smith was born on May 19, 1987 in St. Louis, Missouri to single mother Annie Smith. The oldest of four children, he grew up with his brothers Antonio, Antwane, and Trevin. He attended but did not complete Roosevelt High School and participated in football and basketball at the St. Louis Boy’s Club. He had a passion for the arts and a dream of becoming a clothing designer. At the time of his death Smith had a one-year-old daughter, Autumn Smith, and was engaged to Christina Wilson.

On December 20, Stockley and his partner chased Smith after an alleged drug deal in the city of St. Louis. Smith was parked in the lot of a restaurant when the police officers arrived, and upon their arrival, Smith quickly pulled his car forward and backward, crashing into the police vehicle, and then sped away.

The officers then set off into a pursuit that lasted about three minutes, ending when the police crashed their car into Smith’s. Stockley then shot Smith five times through the driver’s side window. Smith was 24 years old.

On May 30, 2012, Stockley was interviewed by the FBI, and on August 8, 2016, he was charged with armed criminal action and first-degree murder. However, the case did not go to court until September 2017, where Stockley was found not guilty. This verdict came among accusations based on DNA evidence that Stockley had planted a gun in Smith’s car. But the judge on the case, Judge Timothy Wilson, stated, “an urban heroin dealer not in possession of a firearm would be an anomaly.” Wilson decided that it could not be proven that Stockley acted in a way other than for self-defense.

The acquittal of Stockley coupled with the remarks of the judge, and the length of time it took to get the case to trial lead to protests outside the courthouse on September 15, 2017. Police surveyed the area in riot gear and ultimately arrested 33 protesters, using violent force. The protests continued for the next two days, each one leading to police intervention and the arrest of at least 25 protesters in total.

On September 18, 2017, students and many BLM activists organized a protest outside of University High School in St. Louis. They disrupted traffic and demonstrated near businesses. All of these protests brought attention to police brutality, and the police force was criticized particularly for its use of violent arrests and pepper spray against protesters. BLM activists said they would continue to protest until justice is served for Anthony Lamar Smith and the numerous other victims of police killings.