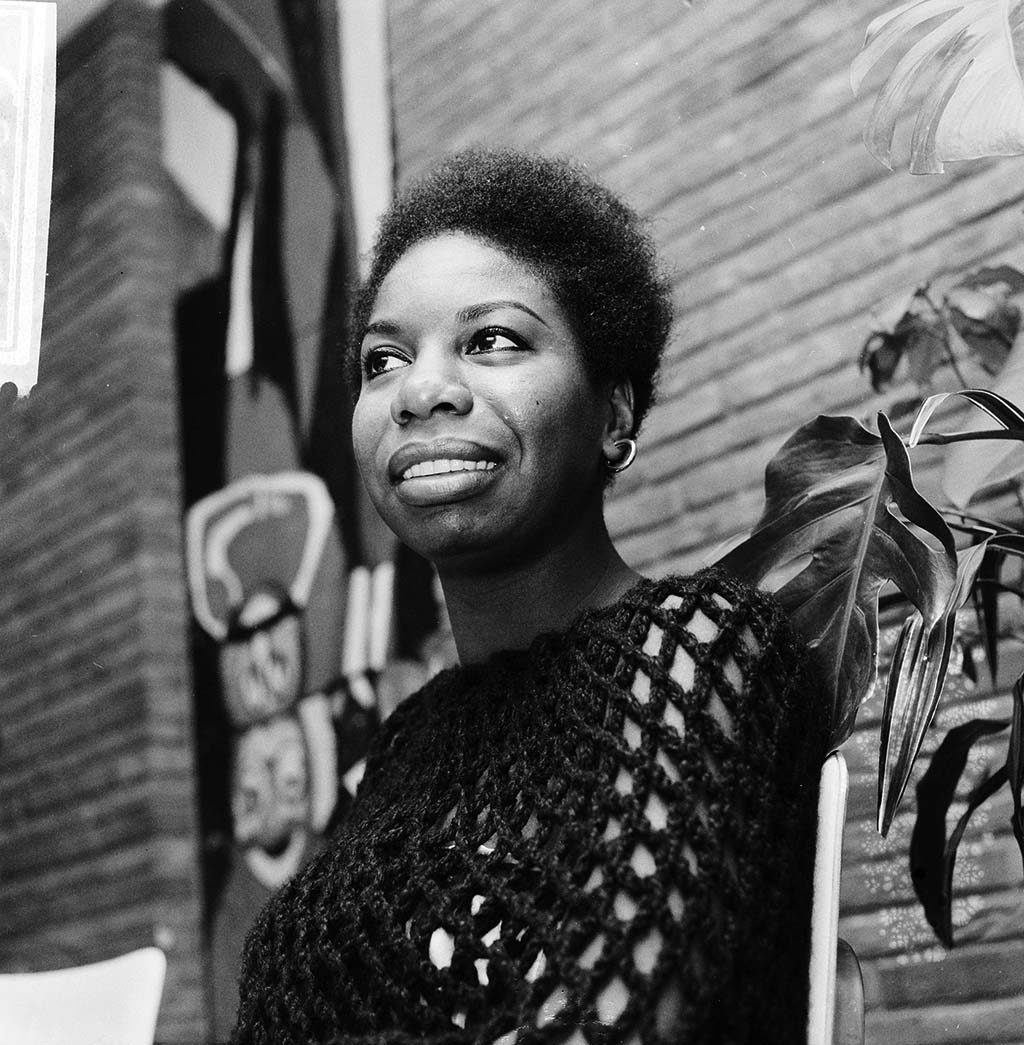 Born Eunice Kathleen Waymon in Tyron, North Carolina in 1933, Nina Simone began playing the family piano at the age of three.  Her mother Mary Kate Waymon, a minister and choir director at a Methodist church in Tyron, interpreted her daughter’s gift as a God-given talent.  Waymon began to study piano at age six with Muriel Massinovitch, an English pianist and Bach devotee married to a Russian painter husband. Waymon credited “Miss Mazzy” for teaching her to understand Bach; she credited Bach for dedicating her life to music. The lessons were paid for by family friends including a white couple in the town.  Eunice’s father, John Divine Waymon, had been an entertainer before he chose to move his family to Tyron, a North Carolina resort town, and set up a barbershop and dry cleaners to support his family. In her autobiography – I Put a Spell on You, the Autobiography of Nina Simone – Waymon describes her relationship with her father as loving and supportive and Tyron as “uncommon” for a southern town because blacks and whites lived together in a series of circles around the center of town, which allowed them to mingle and form friendships.

Not only did her musically talented parents back their child prodigy offspring, Miss Mazzy and the entire community supported the Eunice Waymon Fund, a bank account that family, friends, and Tyron residents envisioned would allow her to become the first black American classical pianist. Over the years the fund grew large enough to support her advanced education.  Waymon spent one year at Juilliard School of Music in New York, where she studied with Dr. Carl Friedburg.  She had planned to attend the Curtis Institute of Music in Philadelphia, Pennsylvania, but failed the recital entrance performance and was not admitted. Convinced that she was rejected on racial grounds, she changed her life direction.

Indicative of this change was her invention of a stage name.  She chose “Nina,” a nickname given to her by a former boyfriend, and “Simone” after the French actress Simone Signoret.  Nina Simone soon began performing in jazz clubs.  Her powerful stage presence and soulful voice attracted the attention of the recording industry.  She was signed by the Bethlehem label in 1957.  Her 1958 hit “I Loves You Porgy” sold a million records.

Over the next four decades Simone recorded more than forty albums with Colpix, Philips, RCA, and other labels. Her mesmerizing alto voice was aptly described by jazz critic Adam Shatz of The Nation as “impossibly deep yet unmistakably feminine, lacerating in its intensity yet also capable of disarming tenderness. To listen to her voice was to feel almost hijacked by its power.”

Influenced by the civil rights movement in the 1960s, Simone became known as the “Singer of the Black Revolution.”  She composed and recorded a number of songs with political protest themes including “To Be Young, Gifted and Black,” “Old Jim Crow,” “Why? (The King of Love Is Dead),” “Backlash Blues” and “Mississippi Goddam.” Simone also collaborated with friends Langston Hughes, James Baldwin, and Lorraine Hansberry to financially support the movement and took part in marches and spoke and performed at civil rights rallies.

In the early seventies, disillusioned by life in the United States, Simone divorced her manager-husband Andrew Stroud and moved first to Barbados and then to Liberia, Switzerland, and the Netherlands before finally settling in France in 1992.   Simone remained there until her death in 2003. Her 1993 autobiography I Put a Spell on You was made into a French documentary, Nina Simone: La Legende.  Nina Simone died at her home in Carry-le-Rouet France on April 21, 2003.