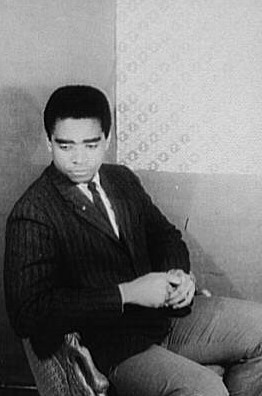 George Shirley is an educator, lecturer, and internationally acclaimed tenor whose leading roles in 28 operas with the Metropolitan Opera (“Met”) for 11 seasons helped push open doors on operatic stages for many African American tenors. In 1956 Shirley became the first African American member with the U.S. Army Chorus where, after being urged by his fellow choristers, Shirley decided on a career in opera.  Following Robert McFerrin Sr.’s win of Metropolitan Opera’s “Auditions of the Air” in 1953, Shirley became the second black male to perform there after he won first prize at the Met’s National Council Auditions in 1961. That same year Shirley became the first African American placed under contract with the Met and the first black tenor to sing leading roles there.

Shirley was born on April 18, 1934 in Indianapolis, Indiana. At age four Shirley began performing at church in a musical trio with his parents, Daisy and Irving Shirley, and at age five he won a local talent competition. Irving Shirley went to work for the auto industry in Detroit, Michigan, moving the family there in 1940. During his school years Shirley studied voice at Detroit’s Northern High School, and then won a scholarship to Wayne State University.  After graduating in 1955 with a Bachelor of Science degree in Music Education, Shirley became the first black high school music teacher in Detroit, Michigan. Shirley married Gladys Lee Ishop on June 24, 1956, the same year he was drafted into the Army. The couple had two children, Olwyn and Lyle.

Before making his debut with the Met in October 1961, Shirley continued his musical education at the Tanglewood Music Center, and at Boris Goldovsky’s opera summer school. His first public operatic debut in 1959 was with a small opera company in Woodstock, New York, where Shirley sang the leading role of Eisenstein in Johann Strauss’s Die Fledermaus.  The next year Shirley won the American Opera Auditions and was invited to sing in Italy.  He made his European debut in the fall of 1960 at Milan’s Teatro Nuovo in the role of Rodolfo in Puccini’s La Bohème.

In a music career that lasted more than 50 years, Shirley sang leading roles in over 80 operas at major opera houses all over the world.  In 1968 Shirley received a Grammy Award for singing the role of Ferrando in Mozart’s opera Così fan tutte, a recording that also featured opera greats Leontyne Price, Sherrill Milnes, and Tatiana Troyanos.

During his career Shirley received numerous other awards, among which have been the “Lift Every Voice” Legacy Award from the National Opera Association (2003), honorary degrees from The New England Conservatory of Music, Lake Forest College, the University of Northern Iowa, Montclair State College, and Wilberforce University in Ohio, and the Doctor of Humane Letters Degree from Wayne State University (2013).