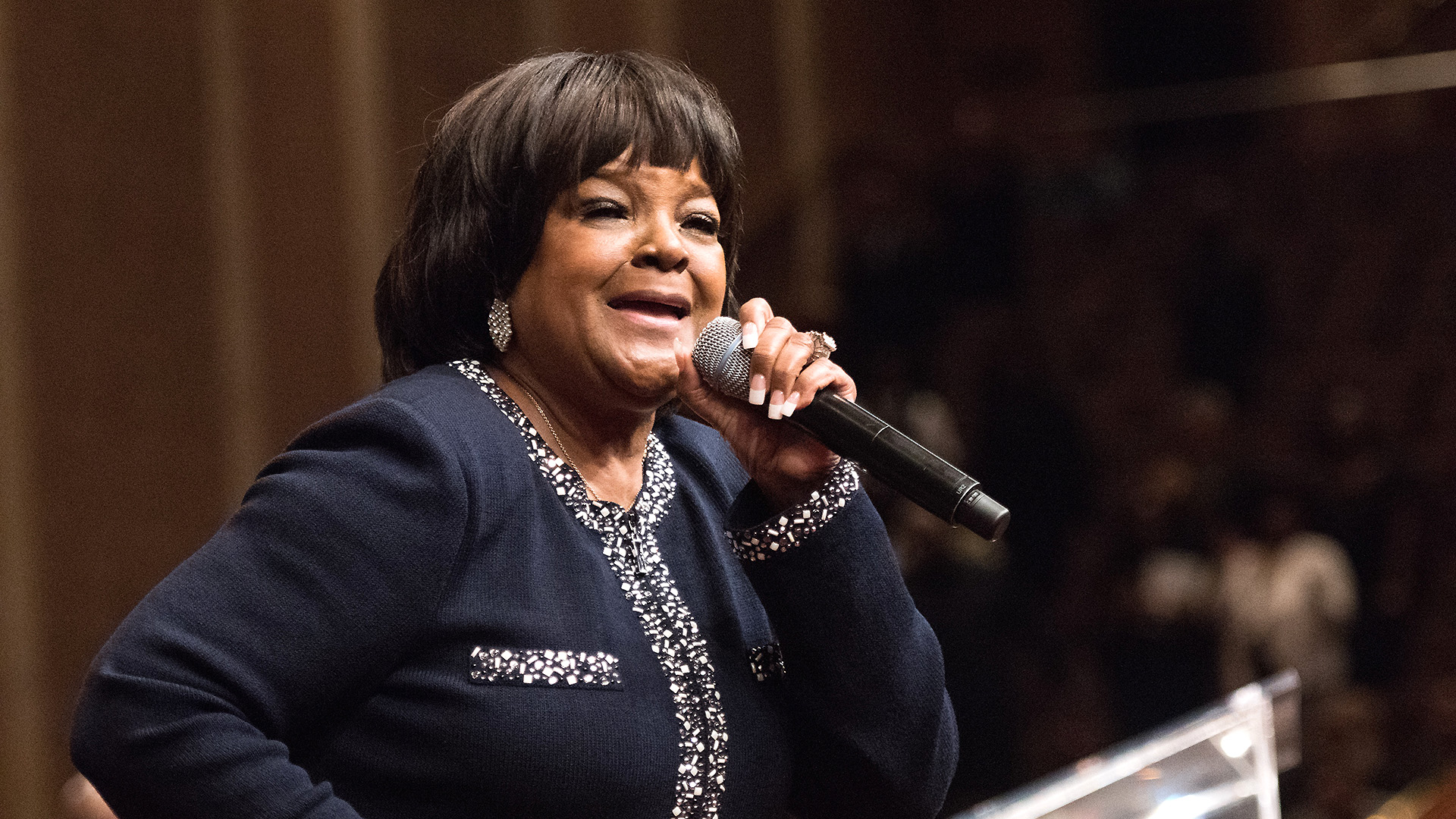 Gospel Legend Shirley Ann Caesar-Williams was born October 13, 1938, in Durham, North Carolina, the 10th of 13 children to Jim Caesar, a minister, and Hallie Caesar, a homemaker.

In 1943 at the age of five Caesar started singing and performing as “Baby Shirley” throughout North Carolina and South Carolina. After finishing Hillside High School in Durham in 1956, she enrolled in North Carolina College. However, it was not until Caesar was 19 that she began singing with the celebrated Albertina Walker and the ensemble Walker directed, The Caravans. It was the beginning of Shirley Caesar’s career as a professional singer, and in 1958, she left college to devote more time to her music vocation. In 1961, Caesar left the Caravans to preach as a full-time evangelical and established the Mount Calvary Word of Faith Church in Raleigh, North Carolina.

Caesar’s won a Grammy Award for the song “Put Your Hand in the Hand of the Man from Galilee” in 1971. It was the first of her 12 Grammy Awards. In addition, she has been awarded 13 Stellar Awards, 18 Doves, an Essence Award, and received Honorary Doctorates from Shaw University in Raleigh, North Carolina and Southeastern University in Lakeland, Florida.

In 1975, Caesar’s single “No Charge,” was released as a country music song. Sharing the album’s name, it peaked at no.40 on the Billboard R&B chart and no.91 on the Billboard Hot 100 chart.

In 1983, Caesar married Harold I. Williams, the pastor at Mount Calvary Word of Faith Church pastor in Raleigh. She earned the Bachelor of Science degree in Business Administration from Shaw University in 1984 and then attended Duke University Divinity School. In 1989, Caesar became the first female gospel singer to perform at Memorial Church on the Harvard University campus.

In 1994, Caesar packed the house for the Black musical Mama I Want to Sing at Madison Square Garden. Then she then performed in the film, Why Do Fools Fall in Love in 1998. In 2000 Caesar was inducted into the Gospel Music Hall of Fame followed by the North Carolina Music Hall of Fame in 2010. In 2013, she released the single “God Will Make A Way” that peaked at no.4 and made it to the top 5 on the Billboard Top Gospel Songs Chart. In 2015, she was invited to the White House to perform for President Barack Obama and Michelle Obama.

In 2016, Caesar earned her first no. 1 on Billboard’s Hot Gospel Songs chart for the single remix “Hold My Mule” featuring her mentor, Albertina Walker and Milton Brunson. Over the course of her career Shirley Ann Caesar Williams, who has sold more than 2 million albums.  She continues to perform as of 2021 as the “The Queen of Gospel Music” and remains an icon in the entertainment industry.