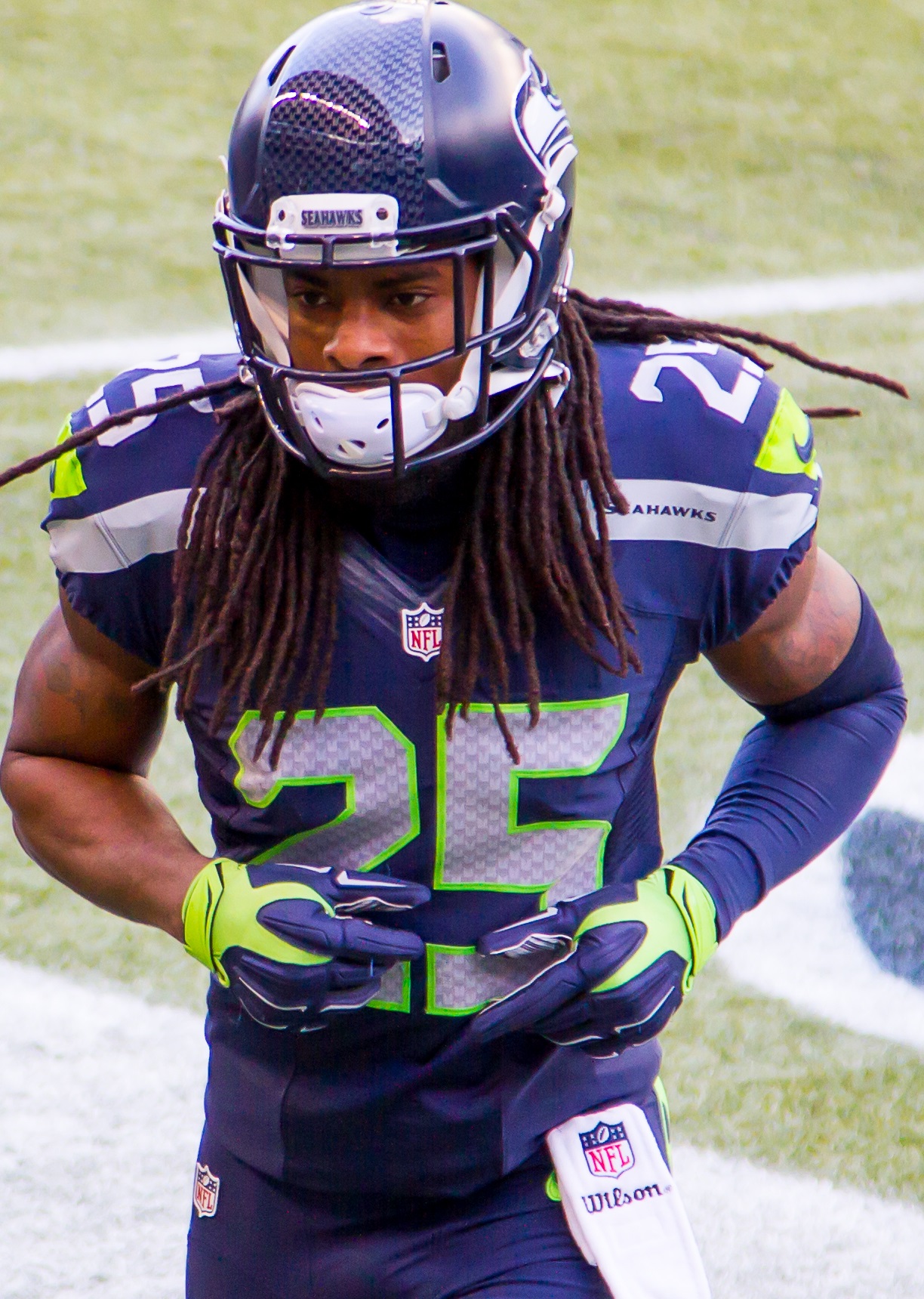 Richard Kevin Sherman is currently playing football with the San Francisco 49ers. He played college football at Stanford University both as a wide receiver and as a cornerback, and he was drafted by the Seattle Seahawks in the fifth round of the 2011 NFL Draft. Sherman was born on March 30, 1988, in Compton, California, to Kevin and Beverly Sherman. He attended Dominguez High School where he starred in football and track and field.

In 2005 Sherman, as a high school football player at Dominguez High, accounted for 1,030 all-purpose yards, including 870 yards on twenty-eight catches and three punt returns for touchdowns. He recorded forty-five tackles, eight pass breakups, and one interception as a defensive back, which also helped Dominguez High School to a CIF Southern Section Division III title with a win over Sherman Oaks’s Notre Dame High School in the championship game. Sherman was a scholar-athlete. When he graduated from Dominguez High School in 2006 with a 4.2 GPA, classmates voted him male student most likely to succeed.

Sherman received an athletic scholarship to attended Stanford University where he played for the Stanford Cardinal football team from 2006 to 2010. He began his playing career as a wide receiver and led the Cardinals in receiving in 2006 while being named a Freshman All-American. Sherman caught forty-seven passes over the next two years before suffering a season-ending knee injury after playing his first four games of the 2008 season.

After returning from the injury, Sherman switched to the cornerback position where he made 112 tackles over his final two years at Stanford along with six interceptions. While at Stanford, Sherman was a member of Phi Beta Sigma Fraternity. He graduated from Stanford University in 2010 with an undergraduate degree in communications.

Sherman was selected in the fifth round of the 2011 NFL draft by the Seattle Seahawks. During his rookie season, Sherman played ten games, but he was selected the 2011 PFW All-Rookie Team. He led all rookies with seventeen passes defended and four interceptions in addition to fifty-five tackles. In the 2012 season, Sherman was involved with several controversies with opposing players, including Tom Brady, Darrelle Revis, Trent Williams, and Roddy White. In another controversy, Sherman won his appeal of a four-game suspension for violating the league performance-enhancing drug policy.

During his 2013 season, Sherman and the Seahawks defeated Peyton Manning and the Denver Broncos in Super Bowl 48, winning the game in a blowout 43-8 which earned the team their first Super Bowl in franchise history.  That year, Sherman also won his first pro-bowl honor.

In 2014 Sherman agreed to a four-year $57.4 million-dollar contract extension with the Seahawks. During the 2014 season, he was selected to his second Pro Bowl and won NFC Defensive Player of the Year. Sherman and the Seahawks played in Super Bowl 49 against Tom Brady and the Patriots where they lost 28-24 and failed to repeat as champions. In 2015 Sherman was selected to his third Pro Bowl. In 2018, he moved to the San Francisco 49ers.