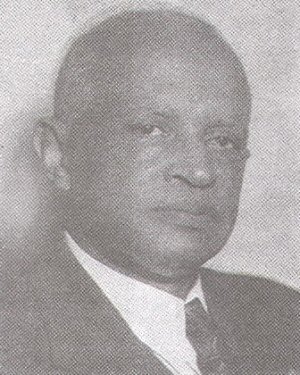 In 1910 James Edward Shepard founded North Carolina College for Negroes in Durham, North Carolina. Shepard was born and raised in Raleigh, North Carolina along with eleven other siblings. His father was Reverend Augustus Shepard and his mother was Harriet E. Shepard. Shepard received his education through the North Carolina public school system. He worked as a pharmacist for a short time after graduating from Shaw University in 1894 after receiving his Ph.G. (Graduate Pharmacist) degree. James Shepard married Annie Robison in 1895 and the couple had two children.

A lifelong Republican, Shepard worked briefly from 1899 to 1900 as a Federal appointee of President William McKinley in the Recorder of Deeds office in Washington, D.C. He was later an advisor to President Theodore Roosevelt and supported President Herbert Hoover’s controversial nominee to the U.S. Supreme Court, Judge John J. Parker of Charlotte, North Carolina. Shepard continued advising prominent Republicans until his death. As late as 1946 he corresponded with former New York Governor Thomas E. Dewey.

By 1910 Shepard was one of the wealthiest and most successful African American businessmen in the United States. He believed deeply in education and lamented the relatively small number of colleges for African Americans in his state. When he received a section of land on the edge of Durham, Shepard created the National Religious Training School. The school served as an institution “for the colored race” and initially held classes for ministers and teachers. Five years after it opened Shepard sold the institution to Mrs. Russell Sage, a New York philanthropist. She in turn provided support to keep it functioning for the next decade.

In 1923 the State of North Carolina assumed control of the institution and two years later renamed it the North Carolina College for Negroes (NCCN). Unlike North Carolina Agricultural and Technical College in Greensboro, NCCN focused on teacher education. Over time the college developed into a liberal arts institution. In fact, NCCN was the first predominantly African American college in the United States to receive state support for liberal arts education. By 1940 the college had a law school and offered graduate degrees in the arts and sciences.

Shepard, the founder of NCCU, remained President of the institution until his death in 1947. He was also involved in other organizations including the North Carolina Teachers Association and he served as a trustee of the all-black Lincoln Hospital in Durham. On October 6, 1947 James Edward Shepard died in Durham from complications after suffering a stroke.