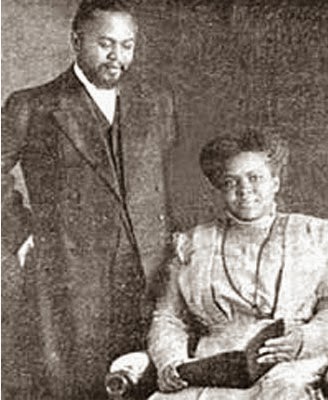 William J. Seymour was born in Centerville, Louisiana, to former slaves Simon and Phillis Seymour, who raised him in the Baptist church. While living in Cincinnati, Ohio, he was influenced by holiness teachings, and then he moved to Houston, Texas, where he heard Charles Fox Parham’s teaching on Apostolic Faith. The teaching, simply put, combined the baptism of the Holy Spirit with speaking in tongues (glossalalia), such as was experienced in Jerusalem on the Day of Pentecost, as recorded in Acts 2. Seymour embraced the teaching, moved to Los Angeles, California, and began preaching in the spring of 1906 in an abandoned church on Azusa Street, which he named the Apostolic Faith Mission. From this place, the Pentecostal movement spread across the globe.

Seymour and Clara E. Lum, a white woman, co-edited the paper Apostolic Faith. The paper was distributed without charge to thousands of ministers and lay people. Gary McGee, Assembly of God historian, states that 5,000 copies of the first edition (September 1906) were printed, and by 1907 the press run reached 40,000. Within two years of the paper’s initial printing, Seymour and Lum entered into a long conflict over the paper and its mailing lists. Because of the conflict, his disavowal of the initial evidence teaching, and racial conflicts within Pentecostalism, Seymour fell into obscurity by 1912. To honor his contribution to the Pentecostal movement, there is a stained glass window in the chapel of the Assembly of God Theological Seminary in Springfield, Missouri, named the William J. Seymour window.