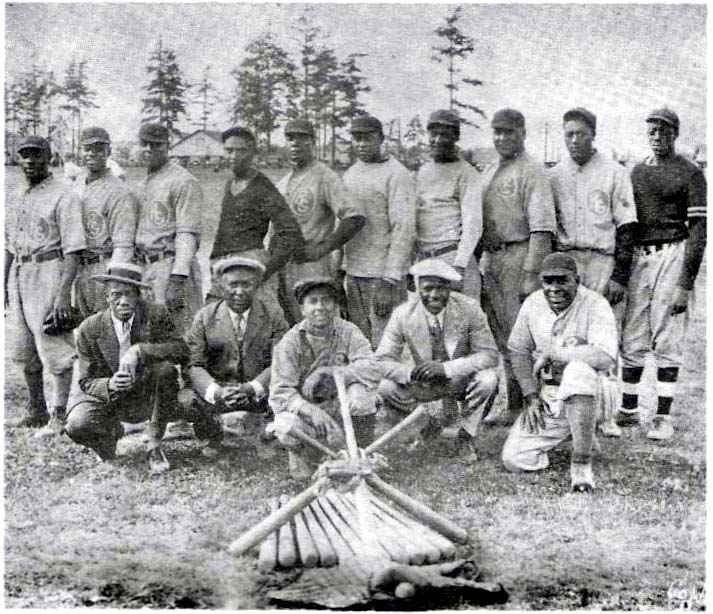 The Seattle Royal Giants was a semi-professional baseball team that played through the Pacific Northwest in the first half of the 20th Century.  The Giants began in 1928 under the leadership of three former professional players in the Negro Baseball League, Elmer Wilson, Jimmy Claxton, and Powell S. Barnett. For three decades this team was the main attraction for Sunday afternoon baseball in African American Seattle.  As many as 3,500 white, black and Asian fans came to Garfield Park and 5,000 to Woodland Park to see the Giants play.

The 1929 team roster included second baseman Powell Barnett and pitcher Bob Saunders both of Roslyn, Washington. Saunders, who grew up in Rainier Valley, graduated from Broadway High School in Seattle in 1922.   Barnett, also a noted musician, was founder of the Northwest Baseball Umpires Association.  In 1949 the Seattle Parks Department named a park in his honor to recognize his accomplishments.

In 1937 the Royal Giants changed its name to American Giants in honor of the Chicago (Illinois) American Giants, a popular professional team. One year later some of the players from the Ubangi Blackhawks, a semi-pro football team that in its first season won the City Football Championship, came over to the American Giants.  One player, Homer Harris, a University of Iowa football star who eventually became a Seattle dermatologist, played baseball in his socks.

At the end of the 1939 season American Giants Manager Elmer Wilson resigned. He was replaced by Powell Barnett. In a letter to The Northwest Enterprise, designed to encourage more community support, Barnett outlined the challenges that had long plagued the Giants. The players received modest compensation, traveled in the back of delivery trucks, and had no chance to advance in the Negro Baseball League or to participate with other all-black teams in the league.

By World War II the American Giants began to decline.  They lost many of their best players who were drafted into the Army or Navy.  By 1943, the team had a record of one win during a ten game stretch.  Two years later the team was defunct.