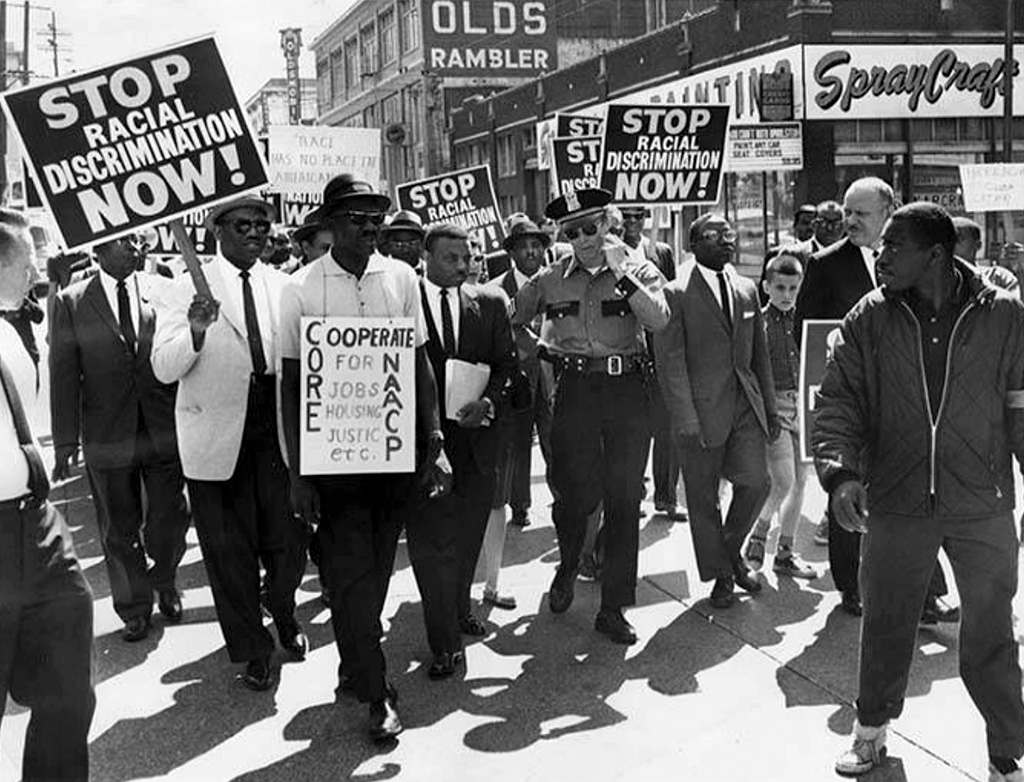 Several people, both black and white contributed significantly to the founding of Seattle’s chapter of CORE.  Among the most important were Ken Rose, Ed and Joan Singler, and Ray Cooper whose participation in the Freedom Rides of 1961 helped inspire many others to join the organization.  Ray Williams served as the first chair of CORE and Don Matson provided significant leadership.  Harold “Tim” Martin played a key role along with Reginald Alleyne, Jr.

Beginning in October, 1961, the Seattle chapter began “selective buying” campaigns against various supermarkets in the city including Safeway and the A & P.  Black patrons were encouraged not to shop where they could not be employed.  One of the most effective tactics was the “shop-in” where protesters would take all the shopping carts, fill them, have the cashier ring them up, and then refuse to pay.  By 1962, CORE shifted its focus to the downtown department stores.  Jean Durning and Reverend Mance Jackson led efforts to integrate the Bon Marche.  Soon to follow were efforts against Nordstroms, and J.C. Penney.  Picketing was often used as a tactic.  By the end of 1963, it was estimated that African Americans had been hired into more than 250 white-collar positions.  Based on these gains the Seattle chapter was considered one of the most successful in the country.  The chapter made a major effort to increase the hiring of African Americans in October, 1964 with what was called Operation DEEDS (Drive for Equal Employment in Downtown Stores).  The plan called for a total boycott of Seattle’s downtown shopping area.  One of the most ambitious projects in the country, the boycott achieved mixed results.

Led by chairmen Walter Hundley and John Cornethan, the Seattle chapter also played a key role in the larger struggle for fair housing.  These efforts included the establishment of a Fair-Housing listing service, and the picketing of real estate firms who discouraged the sale of homes to African Americans.

The chapter played a key role in the effort to desegregate Seattle’s public schools. In February, 1966, CORE’s leadership called for a two-day boycott of Seattle schools.  Students, both black and white, were encouraged to voluntarily attend “Freedom Schools” that were mostly held in churches throughout the city.  The curriculum for those two days featured black history and culture that was missing from the regular public schools.  Although controversial, the Freedom Schools were deemed to be a success with more than 3,000 students in attendance.

As the sixties wore on, the debate over strategy that divided the national civil rights struggle found its way into the Seattle chapter.  The “Black Power” movement and the desire to emphasize Black identity eventually led the national organization to abandon integration as a strategy.  This divided the Seattle chapter and eventually led to a requirement that all of the CORE membership be black.  However, by the end of 1968, the chapter was effectively disbanded, but its legacy in the civil rights movement was significant and undeniable.