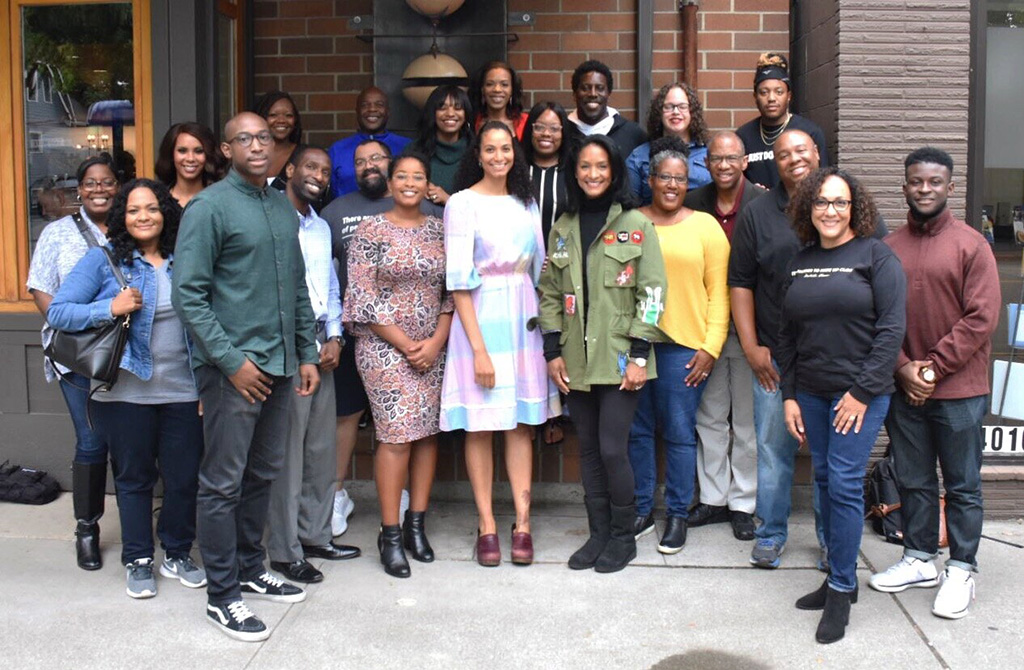 In 1989, BJAS members responded to a racist incident at a party of KIRO radio employees.  The general manager and four sales staffers, all white, wore blackface and performed a lip synch for their colleagues.  BJAS members and KIRO-TV reporters Micki Flowers, Essex Porter, and Nerissa Williams met with KIRO executives, and the broadcasting company publicly acknowledged the incident and apologized on Martin Luther King Day in 1990.  Flowers credits BJAS with providing support for workplace sensitivity issues throughout the 1990s.

The organization went dormant in 2001, when no members volunteered to run for the office of President.  Seattle Times reporter Leslie Fulbright convened a meeting to resurrect the chapter as the Seattle Association of Black Journalists (SABJ), and became its interim President in 2004.  SABJ then elected KING-TV producer Lisa Youngblood Hall to the Presidency.

SABJ cites the foundation of the Patricia Fisher Endowed Scholarship as its greatest accomplishment.  The scholarship for aspiring reporters is named for a founding SABJ member who was the first black person, and the first woman, to write editorials for the Seattle Times.  SABJ awarded the first Patricia Fisher scholarship in 1992.  Fisher died in 2006.

SABJ sponsors training for members and career fairs for students, and provides media access training for members of the community who want to learn how to pitch stories to news organizations.  Its members also participate in fundraising and publicity for scholarships offered by Northwest Journalists of Color.