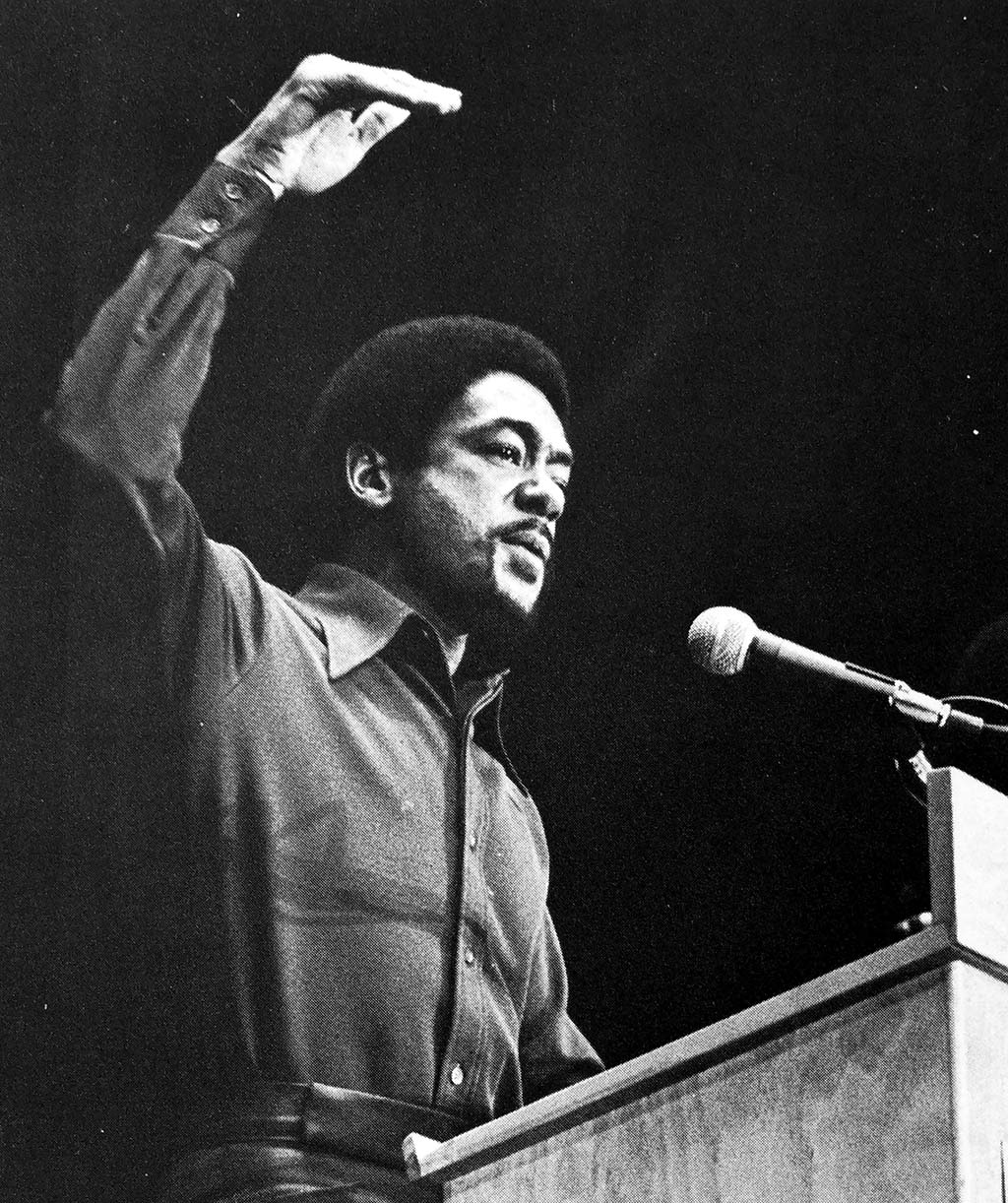 As cofounder and Chairman of the Black Panther Party, Bobby Seale was an important leader of the Black Power movement.  Born in Texas, Seale joined thousands of African Americans when his family migrated to Oakland, California during World War II.  At the age of 18, Seale joined the Air Force, where he was given a bad conduct discharge after three years of service.  He returned to Oakland and began attending Merritt College, intending to become an engineer.  At Merritt he was exposed to an emerging Black Nationalist discourse and first met Huey P. Newton.  Inspired by Malcolm X, independence movements in Africa, and anti-colonialist intellectuals such as Frantz Fanon, he founded with Newton in 1966 the Black Panther Party for Self Defense.

While working at a War on Poverty program, he and Newton wrote a ten-point program that outlined the outlook and goals of the BPP.  The Ten-Point program demanded that blacks have the “power to determine the destiny of our Black Community.”  Control of their own community would allow blacks to gain “land, bread, housing, education, clothing, justice and peace.”

Seale gained national prominence when he was arrested, along with seven other activists, on the charge of inciting a riot outside the Democratic National Convention in 1968, thus becoming one of the famous Chicago Eight (later seven) defendants.  After his arrest, he requested that his trial be delayed so his lawyer could recover from surgery.  When denied a delay he requested that he represent himself, which the presiding judge, Julius Hoffman, also refused.  When Seale made repeated attempts to represent himself in court, Hoffman ordered Seale to be literally bound and gagged.  Hoffman then sentenced Seale to four years in jail for contempt of court.

When Seale was released from jail, he returned to Oakland where he found the BPP decimated by arrests, killings, internal schisms, and successful efforts by the FBI to destroy the organization.  As part of an attempt by the BPP to enter electoral politics, Seale ran for mayor of Oakland in 1973, finishing second and forcing a run-off election which he lost.

In 1974 Seale resigned as chairman of the BPP, noting that he was physically and emotionally exhausted.  He remains active, advocating for groups that support social justice and educational opportunity.  He also runs a website where he sells his books on the history of the BPP and promotes his barbecue videos and cookbooks.