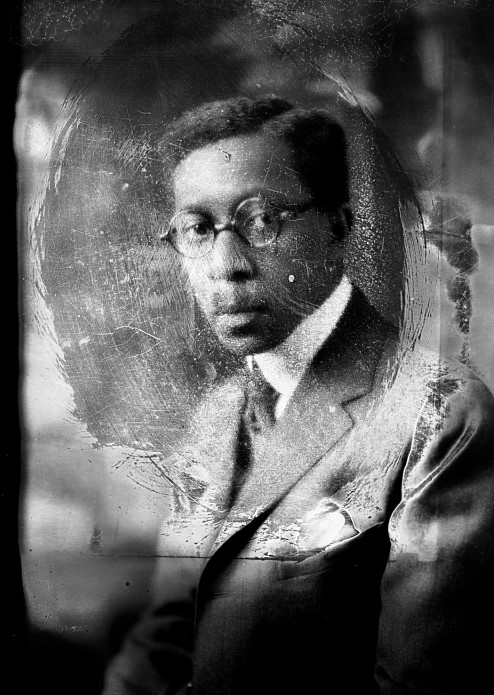 Addison Scurlock, photographer, was born to attorney George Clay Scurlock and wife Nannie in Fayetteville, North Carolina on June 19, 1883. In 1900, his family moved to Washington, D.C. where in 1900, 17-year-old Scurlock began an apprenticeship under Moses P. Rice, a prominent white photographer in the city. By the time he completed his apprenticeship in 1904, Scurlock had learned the basics of photographic portraiture and laboratory work.  Later in 1904 he founded his photography business in his parents’ home in the 500 block of Florida Avenue, N.W.  In 1907, 24-year-old Scurlock won his first award, a photography gold medal at the Jamestown Exposition in Jamestown, Virginia.

In 1911, Scurlock opened the Scurlock Photographic Studio at 900 U Street in the heart of what was then black Washington’s theater district. There he concentrated on portraiture and general photography which often included actors and others associated with entertainment. Scurlock soon established himself as the preeminent African American photographer in the nation’s capital and was regularly hired by U.S. government agencies.

Over the decades Scurlock photographed nationally prominent African Americans such as Booker T. Washington, W.E.B. DuBois, Mary McLeod Bethune, Archie Alexander, Billy Eckstine, Paul Laurence Dunbar, Lillian Evanti, and Sterling Brown.  Numerous prominent black Washingtonians such as Charles Drew and Duke Ellington were also captured in his lens.  In 1939 he took arguably his most famous photograph, the now iconic image of Marian Anderson singing at the Lincoln Memorial.  Over time he also became the photographer of prominent white Americans such as President Calvin Coolidge in the 1920s and by the 1950s, First Lady Mamie Eisenhower. When black historian and Negro History Week founder Carter G. Woodson began to promote this new observance, he sent Scurlock’s portraits of prominent African American leaders in the packets he mailed to schools across the nation.

Scurlock was the first photographer to document the importance of black life in Washington, D.C.  His photographs included businesses such as the Underdown Delicatessen, religious institutions such as the Lincoln Temple Church, summer events at nearby Highland Beach, Maryland, the oldest black beach resort community in the nation, and sporting events at Howard University’s Griffith Stadium.

During the 1930s, Scurlock published his work in newspapers and books. He also initiated and operated a newsreel on African American activities for the Lichtman chain of Washington, D.C. movie theaters.

Scurlock’s family was also involved in his business. His wife, Mamie Estelle, served as the studio’s business manager. Scurlock trained his sons to shoot pictures using his special style which became known as the “Scurlock look,” a conscientious positioning of clients and an unusual positioning of lighting. Over the years, the Scurlocks used their Graflex cameras to capture on film numerous everyday events throughout the South including weddings, graduations, baptisms, cotillions, banquets, and in the early 1960s, civil rights protests.

In 1960, Addison Scurlock’s studio was awarded a citation by the U Street Association as the oldest business on the street. By that point his photography studio was one of the premier African American studios in the country and one of the longest continuously operating black-owned businesses in Washington, D.C. By 1960 Scurlock was also the official photographer for Howard University and served in that capacity until his death at 81 on December 16, 1964.

Addison Scurlock sold the photography studio to his son, Robert, just before his death in 1964. Robert Scurlock ran the studio until his death in 1994, an 83 year history at the same location.