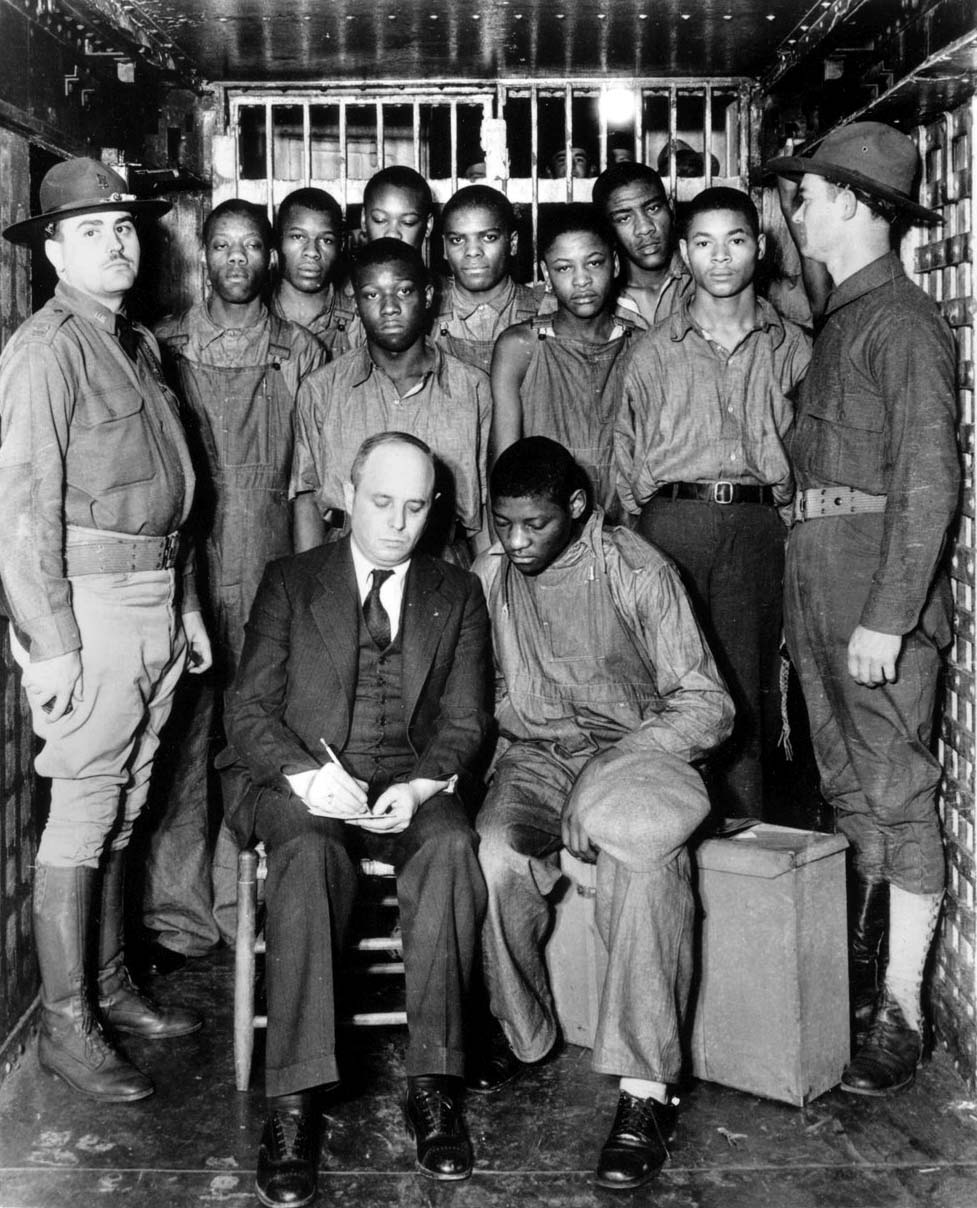 On March 25, 1931, nine African Americans, ranging in age from thirteen to twenty-one, were arrested for allegedly raping two white women on board a train near Paint Rock, Alabama. An all-white jury quickly convicted the defendants on flimsy evidence, and eight of the nine were sentenced to death. The case might have become another forgotten chapter in the long history of southern legal violence against African Americans were it not for the efforts of the American Communist Party (CP), which recognized the young men’s experiences with the legal system as an opportunity to expose southern racism and strengthen the party’s appeal among black Americans.

The CP’s legal auxiliary, the International Labor Defense (ILD), engaged in a protracted battle for control over the case with the NAACP, which painted the ILD as opportunistically using the defendants to promote its political ideology. After wresting control of the case, the ILD won a new trial, which took place in March 1933. At this trial, Ruby Bates, one the two female accusers, recanted her charge and testified for the defense. Despite Bates’s testimony, the defendants were convicted again and sentenced to death. Later that year, however, a circuit court judge overturned the decision and ordered a third trial. At this point, the ILD and NAACP agreed to a coalition defense, the Scottsboro Defense Committee (SDC), which also included the ACLU and the American Scottsboro Committee. Convicted again in 1936, the SDC agreed to a plea bargain that freed four defendants and commuted the death sentences of the remaining five to lengthy prison terms. Despite several notorious legal blunders, including an attempt to bribe the other accuser, the ILD’s legal defense saved the defendants from execution and helped establish important legal precedents, including a landmark 1935 U.S. Supreme Court ruling in Norris v. Alabama, which paved the way for the integration of jury rolls around the nation.

Predicated on the belief that justice was not attainable through courtroom action alone, the ILD adopted a strategy that combined legal appeals with sustained political protest and media offensives. Through marches, speeches, songs, novels, poems, and a variety of other initiatives, the ILD helped turn “Scottsboro” into an international cause célèbre and a potent cultural symbol for American racism and southern injustice. The Scottsboro case also helped solidify an alliance between white radicals and African Americans that would become a crucial component of the black freedom struggle in succeeding years.